The possibility of Kaizer Chiefs' longest serving player leaving the club come end of the season is looking more of a possibility as reports emerge from all corners that Itumeleng Khune would be leaving the club. Khune who has played only for Amakhosi since going professional, has failed to impress in recent seasons, failing to keep his spot in the club's starting eleven.

The return of Stuart Baxter last season saw a somewhat beacon of hope for Khune, who was even made captain at the start of the season. This was however short-lived as he only played one game and sat on the bench just twice, he is yet to be seen on the field of play. 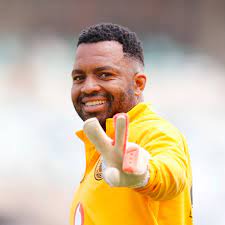 News has emerged that Khune has received an offer to sign for Royal AM FC with the hopes of playing for them next season. It is believed that Royal, the rookies of the DSTV Premiership, are keen on getting the experienced player relocate to KZN and assist them in their plight to conquer the league.

It has also been reported that Chiefs were looking at employing Chiefs as their goal keeper coach, when Lee Baxter leaves the club in the near future-although the club is yet to confirm these reportings.

Julius Malema got people confused once more after seeing him live on metro FM.