Cristiano Ronaldo has been successful until now and there are numbers to back this up.

By KhutsoHealthFitness (self media writer) | 22 days ago 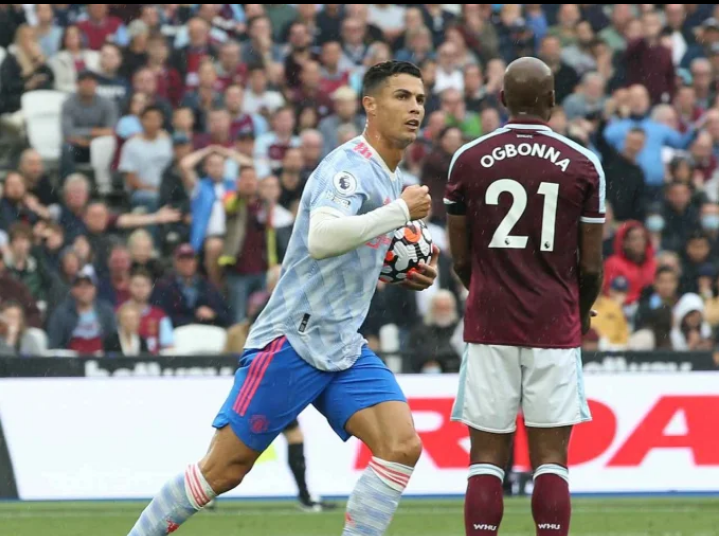 Cristiano Ronaldo has been successful until now and there are numbers to back this up.

Christian has already scored four goals in three matches since his returning to old trafford.

On his first appearance in the red shirt since the transfer from Juventus, Ronaldo has scored a brace against Newcastle United in front of a capacity Old Trafford crowd, making a historic comeback infront of millions.

The five-time UEFA Champions League winner scored on his return to European competition with the Reds, netting the opener against Young Boys in Bern.

Then, on Sunday, the 36-year-old continued his scoring streak by equalising against West Ham United in our an amazing 2-1 Premier League win in the capital.

The five timd Ballon d’Or winner has outperformed every other Premier League player in several attacking categories since he came back. As well as ranking first in goals scored (3), he also tops the charts for expected goals (3.24 xG), with his poacher’s efforts against the Magpies and the Hammers proving his predatory instincts.

Ronaldo has also produced the most shots overall (13), as well as the highest number from inside the box (12) and on target (7). The Portugal captain has also had the most touches inside the opposition’s box (21) and has created the largest tally of big chances (5).

As for his career overall, when he found the back of the net against West Ham with his 122nd strike for United, it meant that Ronaldo had scored in his 66th different stadium, more than any other player since his first Reds debut back in 2003.

At the age of 36, Ronaldo still clocked the fastest sprint of the afternoon in East London, at an impressive 32.51 km/h.Aaron Wan-Bissaka was second best with his 32.41 km/h, while the Hammers’ fastest player on the day was forward Jarrod Bowen on 31.29 km/h.