Ex-Chiefs Player Is On 2 Goals, And Is The Only Player Who Has Scored For His Club

By Firedadj (self media writer) | 26 days ago

Former Kaizer Chiefs player Sakhile Hlongwa is the only player who has scored goals for Richards Bay FC in the 2021/22 season in the GladAfrica Championship. Richards Bay FC has played 6 matches in total for the season to date, and has won only 1 out of the 6, with 2 draws and 3 defeats. 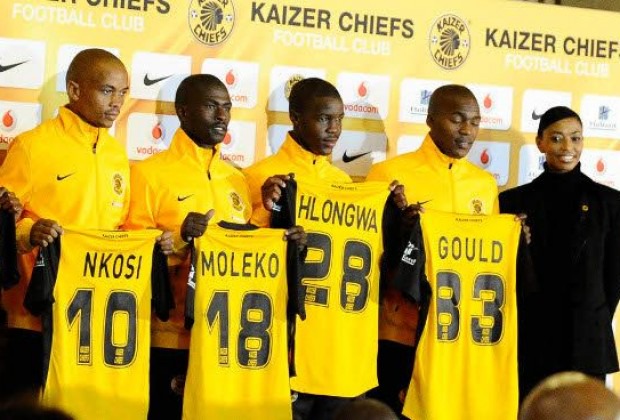 Richards Bay FC has only scored in 2 out of the 6 matches they has played to date, with Sakhile Hlongwa scoring one goal in each it the two fixtures. Hlongwa is the only player to find the back of the net for Richards Bay FC which makes him their greatest asset for the season as his 2 goals has brought them 4 points in, out of the 5 points they have.

Richards Bay FC picked up their first points of the season on matchday 1, when they won 1-0 against Jomo Cosmos away from home for three points as Sakhile Hlongwa scored his first goal for the club. On matchday 2 they picked up another point as they drew 0-0 against Free State Stars at home.

On matchday 3 they suffered their first defeat 1-0 against Uthongathi FC away from home, and their second defeat 2-0 against Black Leopards at home on matchday 4. On matchday 5 Richards Bay FC suffered their biggest defeat to date as Polokwane City FC won the fixture with a high 4-0 score.

On matchday 6, Richards Bay FC played their latest fixture in the GladAfrica Championship against Venda Football Academy at home, and ended the fixture in a 1-1 draw at full-time. Sakhile Hlongwa opened the scoring in the fixture against Venda Football Academy when he scored in the early 4th minute for a 1-0 lead, as he scored his second goal for the season.

Richards Bay FC unfortunately could not hold onto their lead as Venda Football Academy scored in the 45+2 minute to level the score on 1-1 when Ranga found the back of the net. Richards Bay FC claimed a point from the fixture all thanks to Sakhile Hlongwa, but 5 points from 6 fixtures is not nearly enough considering they ended last season in the top four for a promotional playoff spot. 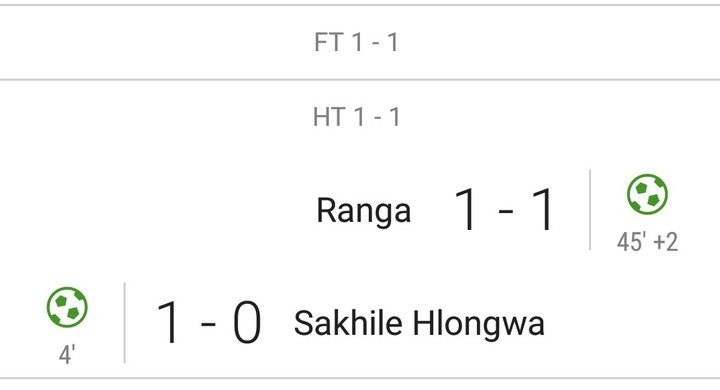 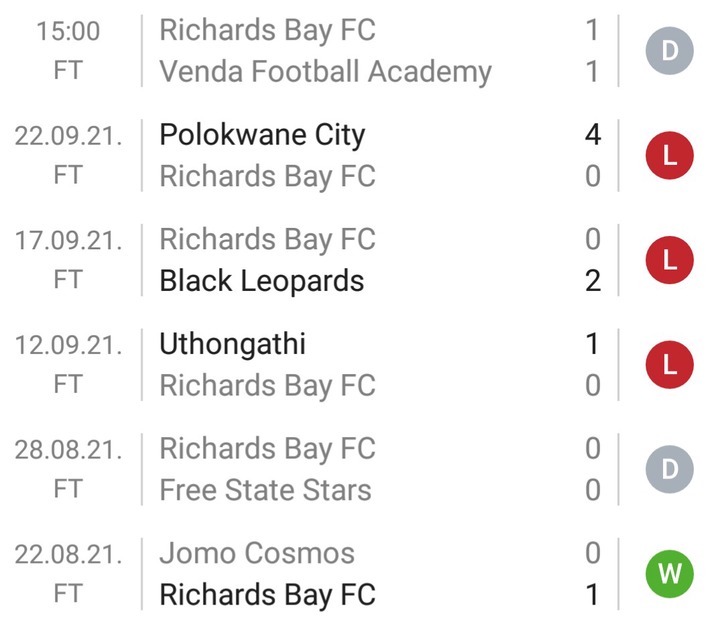 Sundowns next match will not be televised

Pitso Mosimane Broke down as Fans attack him For Al Ahly's perfomance, but he still shows love

Mamelodi Sundowns give Update on Themba Zwane and Rivaldo Coetzee