Messi vs Ronaldo: Who is the best of the best

Lionel Messi started with jersey No.30 then moved to No.19 and finally moved to No.10 when he was in his prime. When Ronaldihno left Barcelona you could argue that the champions league trophies Barca won were all influenced by Lionel Messi.

It is undeniable, can’t be discussed or doubted that it is unfair to compare any player to Lionel Messi because he is unmatched. Some Ronaldo fans claim that Cristiano Ronaldo is the best. It comes as a surprise to me that people with well working brain cells and an understanding of the game think there should be a debate and when you take the goals topic off the board, it's all Messi.

Ronaldo scored only 84 Premier league goals in 6 seasons at Manchester United, that averages to a meager 14 goals per season, also he scored those 84 goals in 196 appearances. Again a low average of 0.4 goals per game. If we take away penalty kicks and tell us who has better goal ratio from open play goals the answer will be Messi. His first stint at United was a disaster for someone whose strength is goal scoring. Messi developed in La Liga. Ronaldo went to Spain as an already established player, we should measure who has the better ratio in the years that they both played in La Liga.

Cristiano Ronaldo played there during his prime years 2009-2018. Messi played at Barcelona since he was a teen so obviously his ratio won't be as good. Cristiano Ronaldo fans recognise the disappointing goal scoring record at Man United which is why they never mention his goals at United. If you ask a CR7 fan about his time at United, they will try to cover up these stats. 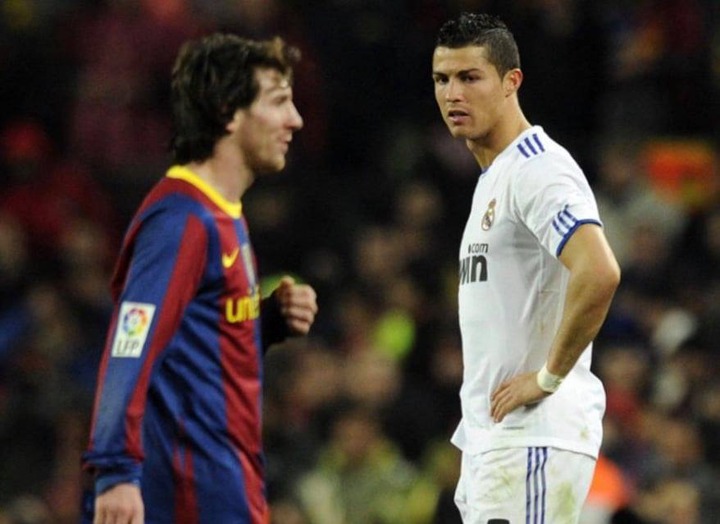