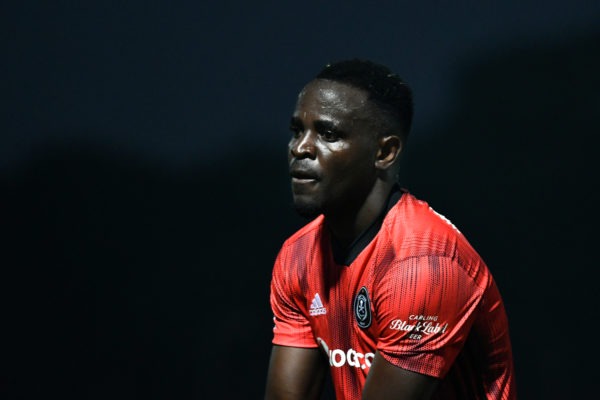 The Malawian striker will show up for Usuthu next season following an unfortunate season with Bucs.

"Dr Irvin Khoza reached me by and by about Tapelo Xoki and we've spoken. I regard him for the manner in which he took care of it, so Xoki will leave us, he played his last game yesterday (Tuesday) and Gabadinho Mhango is going along with us," Zungu said during a meeting with Ukhozi FM on Thursday.

Only a long time back, Mhango communicated his craving to leave the Soweto goliaths, where he needed game time even in the wake of dazzling during the Africa Cup of Nations competition for Malawi held in Cameroon this year.

Mhango scored three objectives at the Afcon, yet that wasn't sufficient to procure him customary game time at Bucs, with disciplinary issue being refered to as a significant motivation behind why the striker was not playing.

This was after Mhango winding up in the media for wrong reasons which saw him being suspended by the club recently.

Mhango is set to join Usuthu where he will interface up with previous colleagues Augustine Mulenga, Luvuyo Memela, Thabo Qalinge and Xola Mlambo.

Xoki joins the Soweto club with the fate of commander Happy Jele still questionable with his agreement reaching a conclusion in June.

The Mpumalanga conceived protector was given a season long agreement last year and has been very great for Bucs close by Nigerian safeguard Olisa Ndah, particularly in the Caf Confederation Cup, where Bucs arrived at the last and lost to RS Berkane.