How the Orlando Pirates might begin their match against Mamelodi Sundowns

By Phillipkitimi (self media writer) | 23 days ago

Siyabonga Mpontshane is the goalkeeper.

With Richard Ofori out injured, the 35-year-old shot-stopper looks likely to keep his spot in the lineup, and he'll be hoping for his second clean sheet of the season. 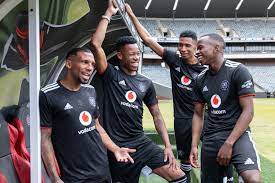 The versatile player has been seeing action in this position on a regular basis, but his defending abilities will be put to the test when he tackles players like Themba Zwane and Gaston Sirino.

The rampaging full-back, who is still the Soweto giants' first-choice left-back, is set to make his 61st competitive appearance.

The veteran defender has been a rock at the heart of the Pirates' defense this season, and he'll be eager to help them keep a clean sheet against a high-scoring Sundowns side. 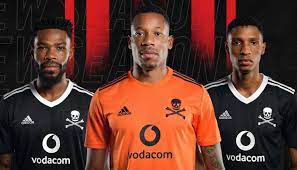 The Houghton-based giants will be searching for their first win over Sundowns since January 2020, and the Pirates captain will be looking to lead them to victory.

This season, the former Sundowns defender has thrived as a defensive midfielder for the Buccaneers, and he will be eager to impress against his former club.

After receiving a Bafana Bafana call-up, the in-form midfield maestro will be full of confidence, and his performance against Masandawana might be crucial.

After joining the Pirates from Golden Arrows, the creative midfielder has strolled directly into the starting line-up, and he will be hoping to win the hearts of the Bucs supporters with a strong performance in this important match. 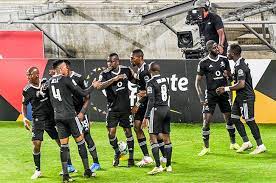 As a result of his regular performances for Pirates, the quick forward has been recalled to the Bafana Bafana squad, and he has what it takes to lead the Soweto giants to victory over Sundowns.

The former Bloemfontein Celtic forward has been inconsistent this season, but his Big Match Temperament could see him earn the nod ahead of Kabelo Dlamini.

The left-footed striker is the man to watch in this Pirates side, having scored in each of his past two games, and he will be looking to lead Bucs to their third consecutive victory.

Mamelodi Sundowns Coach is not Happy with Bafana