The fallout from Sasha Banks and Naomi's WWE Raw walkout keeps on building. 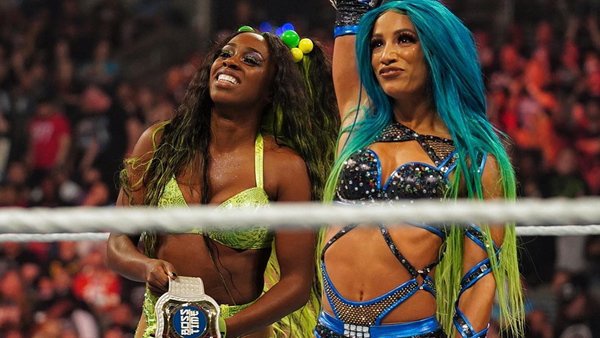 The saga stemming from Sasha Banks and Naomi's decision to walk out of last week's episode of WWE Raw (and their subsequent indefinite suspensions and removal as Women's Tag Team Champions) has now rolled into its second week.

And despite everything that has happened over the past seven days, including the seemingly divided backstage reaction to it all, the worst may be yet to come when it comes to Banks, Naomi, and WWE.

WrestleVotes reported as much on Sunday. The situation will apparently worsen before it improves, as while parts of the roster are sympathetic to the now-former Women's Tag Team Champions, WWE management is not:-

After talking to a few people, I gather this Sasha / Naomi situation is going to get worse before it gets any better. While the majority of the support online is in their favor, its quite the opposite with management.

Banks and Naomi both remain contracted to WWE, though their status is currently up in the air. Naomi, specifically, is believed to be working on a soon-to-expire contract, with stalling renewal talks potentially contributing to the situation.

Sasha, meanwhile, has heat with management stretching back to before WrestleMania 38.