Xulu: Swallows Have Never Been A Small Team 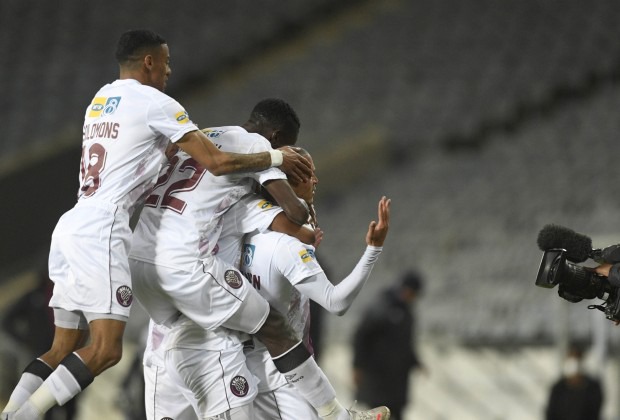 Swallows FC Ceo Sipho Xulu demands the Soweto goliaths are back to their legitimate spot as one of the significant groups in the DStv Premiership.

The Beautiful Birds as of now have asserted an explanation prevail upon this season rivals Orlando Pirates in the MTN8 Cup.

Xulu presently unhesitatingly guarantees that Swallows are back to where they should be, going after praises in the first class.

"It's not going to be a stroll in the recreation center," Xulu tells Kickoff.com. However, we're planning for any conflict that we will go over.

"Swallows have never been a little group. Indeed, even in our days in the ABC Motsepe League, we were a major group.

"I don't think our previous transfer has removed anything from the club's status. Indeed, even against Pirates, we won against our companions."

Xulu added that the club had considerably higher destinations for this mission and hoped to contend.

"We are on similar level as Pirates. So it's basically impossible that we can celebrate as though we've won a World Cup since we beat Pirates.

"We have beaten a group who are on our level. In the event that we play Pirates, it's a derby that is notable on account of the degree of the two groups.

"In the event that you check from 2014 what we lost when we were downgraded on the off chance that you actually take a look at Swallows and Pirates, between our assignment and presently, the two of us have won one cup each.

"So there's nothing that shows we were away in light of the fact that we can approach Pirates as far as cups won inside this period.

Indeed, we vanished, yet in our returning, we said something. We are here to contend and not simply adding to the numbers."