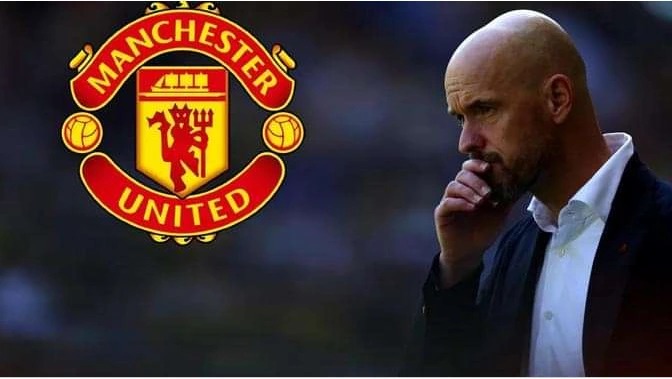 Even though the team has been doing well and the atmosphere around the club has been good, the last few years have not been fun for Manchester United fans in terms of supporting the club.

Since Scottish manager Sir Alex Ferguson left, the Red Devils have had an even harder time than before. However, the main reason for their problems has never been explained in a way that makes sense.

After managers like David Moyes, Luiz Van Gaal, Jose Mourinho, Ole Gunnar Solskjaer, and Ralf Rangnick, the job has finally been given to Erik Ten Hag, a Dutch coach. Most of the club's fans think Erik Ten Hag will be the one to turn things around and bring the club back to its former glory.

He is known for playing a strong style of football that focuses on having the ball, moving quickly, and being aggressive. This is similar to what Pep Guardiola and Jurgen Klopp do with Manchester City and Liverpool, respectively.

As of now, there are some questions about the current players, especially about how well some of them might fit with Ten Hag's style. This is because Rangnick has already said that United needs to do a lot of business in the transfer market.

Fabrizio Romano says that ten Hag's plans for the next season include Donny Van De Beek. After having a good time working together at Ajax, ten Hag is excited about the idea of working with Van De Beek again.

Since joining Theatre of Dreams during the previous season, Donny hasn't been able to play in many games. Because of this, the club decided to send him to Everton on loan.

This might be a relief for the player as he works to get back into the swing of things once the new management gives him the green light.