When Royal AM takes on the Orlando Pirates on Thursday at 5:30 p.m., they will look to embarrass yet another Soweto giant.

Royal AM is currently in the spotlight after sweeping apart teams left and right in a tournament. Royal AM defeated a number of other teams, including Kaizer Chiefs. In what was a humiliating defeat for Amakhosi, they were thrashed 4-1, it was no ordinary loss. Royal AM had managed to rise above all of the criticism and legal action brought against the club's proprietors.

In the DSTV Premiership, the team that is now headquartered in KZN poses a serious danger to several of the teams in the league. If they win their match against the Orlando Pirates on Thursday, Soweto will be in mourning once more, as this will not be the first time this team has humiliated the so-called Soweto giants. The Orlando Pirates' inability to maintain consistency could put the squad under strain and cause them to conclude the season without a Cup in their possession.

Victor Letsoalo, Mashikinya, Potsane, and Mahlasela are the most threatening players on the Royal AM roster. After a video footage of Andile Mkhize proposing real cash to the players was leaked, Royal AM was embroiled in a scandal for a short time. When this incident occurred, the team had just won a game against Chippa, and there is nothing wrong with rewarding players when they are performing well. 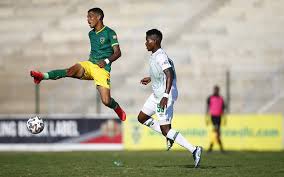 Movie Roles That Where Absolutely Designed For Other Actors