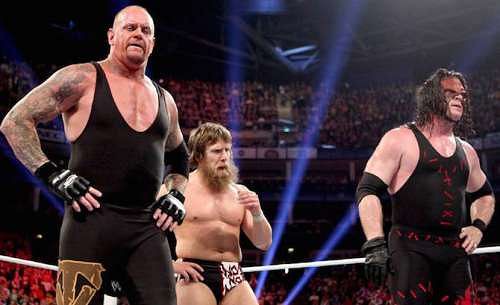 Kane (Glen Jacobs) and The Undertaker (Mark Calaway) a.k.a The Brothers of Destruction are by far the most popular storyline siblings in WWE history.

The two Superstars aren't real life brothers but are nonetheless very close friends in real life. They're so close in fact that when WWE pitched the idea that Kane should retire The Undertaker, Kane flat out denied to work the match.

Here are six Superstars who you had no idea were close friends with The Brothers of Destruction.

Daniel Bryan and Kane formed a successful tag team in 2012 called Team Hell No after AJ Lee, who was appointed GM of RAW, made the two men attend anger management classes and later face each other in a “Hug It Out” Match. They went on to win the WWE Tag-Team Championships at Night of Champions which they held for 245 days straight.

The two are really good friends off-screen, and Bryan once referred to Kane as “Somebody who looks like a monster but is the smartest man I know.”

Bryan also recalled another incident in an interview where he built a wall of chairs to block off the entrance to Glenn's office where his bags were. Although Kane was not amused by this prank at first, he apparently laughed about it after he realised how much effort Bryan had put into the joke. The Superstar now recalls this event as the moment they went from being Tag Team partners to really good friends. 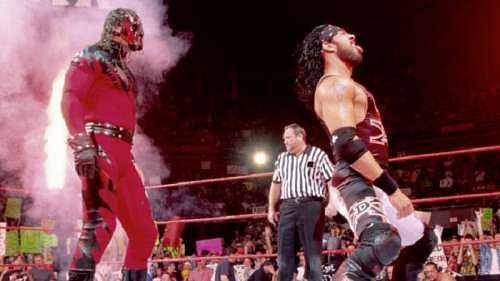 When WWE tried to get Kane to babyface, it proved a be a very difficult task as the Big Red Monster was usually associated with raising hell in the ring. X-Pac (Sean Waltman) left DX in '99 and WWE made an attempt at having him turn face with none other than Kane as his Tag Team partner. The two won the Tag Team Championships soon in March of 1999 and since then went on to become one of the most popular Tag Teams of that time.

Both members of the Brothers of Destructions are really good friends with X-Pac, and he even mentioned in his podcast that The Undertaker is always very happy to see him when he shows up backstage every now and then. 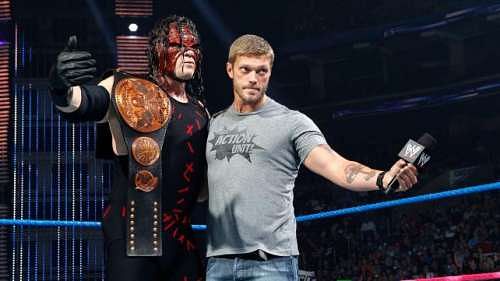 Kane and Edge are the best of buddies behind the scenes, and sometimes on-screen too!

Edge had the last match of his career at WrestleMania XXVII where he fought and defended his World Title against Alberto Del Rio. Soon after, in April 2011, Edge announced that he was forced to retire from in-ring competition after repeated neck injuries which would eventually have caused him to be paralysed from the neck-down if he continued to take nasty falls during matches.

Just after his heartbreaking speech, he went backstage and was seen hugging a very emotional and out of character Kane among his other closest friends. Kane and Edge have had some seriously good feuds in the past, and the former wrestler has confessed in multiple interviews that Kane is one of his closest friends from the WWE locker room. 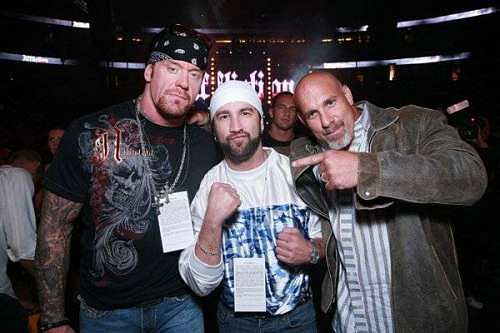 Hurricane claims that The Undertaker pushed him to succeed in WWE

Although it is not widely known, Hurricane (Shane Helms) credits The Undertaker for moulding him into a real WWE Superstar. In past interviews, Shane has mentioned that The Undertaker was one of the first Superstars in the locker room who acknowledged his talent in the ring and took it upon himself to teach the young wrestler a few basic things that ended up helping Hurricane more that he realised; one of them being the right way to hold a championship.

Helms is regarded as the longest reigning WWE Cruiserweight Champion of all time, and the Superstar has confessed it would not have been possible without help from The Undertaker. Shane Helms left the WWE in 2010 and after a while in the indie circuit, joined Impact Wrestling soon after but recently announced that he is leaving the company after a long and fruitful run with them. 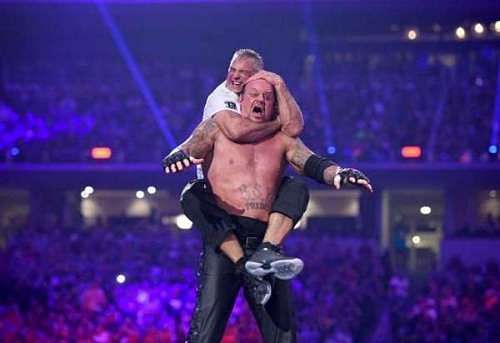 It's been a while since Shane McMahon returned to the WWE ring and things have been looking up for the Commissioner of SmackDown Live. Shane recalled during an interview before his big WrestleMania 32 match against The Undertaker that the two had been friends for 25 years and that they've had a lot of fun together outside the ring.

Shane had already revealed before that The Undertaker had called him to tell him that he wants a program with Shane before his career is over and this played a huge part in his decision to return. 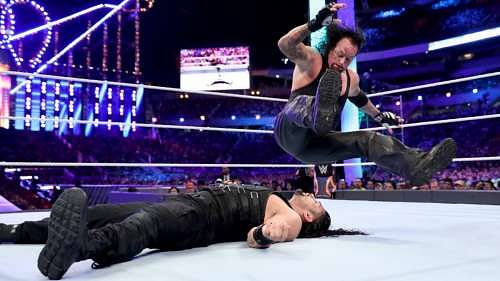 JR called the Roman Reigns vs. The Undertaker match at WrestleMania 33 upon “special request”

It is a well-known fact that Jim Ross is the only non-wrestler backstage who is respected by the entire locker as if he were a main event level Superstar. Ross is known for being one of the most important backstage personalities since the 90's, and he has built close friendships with the top wrestlers of the era including Triple H, Shawn Michaels and The Undertaker.

JR and the Deadman are so close, in fact, that even though Jim Ross was on the commentary table for RAW for the greater part of his career, he still appeared on SmackDown now and then to call Taker's biggest matches. JR called the Deadman's WrestleMania XXVIII match against Triple H after Taker had called to request him personally and the same happened at WrestleMania 33 where he fought Roman Reigns in what was to be his supposed last match.

The Undertaker definitely respects JR for his ability to call matches and make them more interesting, and the two have definitely formed a very strong bond during their time in WWE together.