By GRAYS (self media writer) | 1 month ago “We’ve actually got Leo Castro, Samir Nurkovic and Khama all out and we’ve got Lebo (Manyama) clawing his way back into it. So that’s four top class players missing. 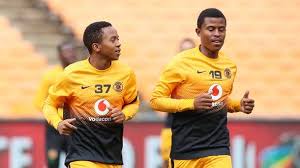 Kaizer Chiefs has lot of good players, but the head coach seems never to believe in the young stars. If all those players which the coach depends on now were not on the bench due to injuries, just because the rest are not given an opportunity to show themselves up in the pitch and fight for the club, results will always dissapoint just like the last match. 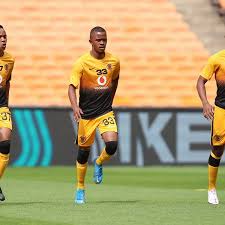 Relying on Bernard Parker, while there are young stars, doesn't ensure the future of the club but present. Benching best players just because they are young is a disgrace to the mighty brand, Kaizer Chiefs. Mashiane and Radebe were like shining stars, bringing hope to the hearts of the Amakhosi fans and the whole entire Amakhosi family, but their rising had been hidden because are not given a chance anymore. 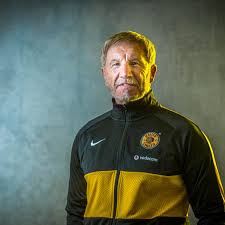 Its time coach start to rotate players and change even the defence. Mathoho deserve to rest for a moment and new fresh blood be given a stage to express themselves. The best way that Kaizer Chiefs coach can learn, is to take note from Bafana coach Hugo Broos. The man excellently raised a new team from nothing to be better than it was 10 years ago, without using big names.

"I’m just hoping now that Khama’s illness doesn’t develop. I’m hoping we’ll get a hand on it quickly and get him at least fit enough to let him take part in the game.”

If Kama Billiat come back and the team get back to its pick, it means always one player injured always will stop the team from progressing. There are many young stars which can fit to compete for the number one spot, but competition is not there.

The defence and strikers are obvious as always there is nothing surprising. The team just keep on going doing day by day. Sir Baxter we have the young lads raring to go give them opportunity seeing that your old guards are very injured and out of it ease give Ngcobo a chance like Blom and Radede Mashiane as well.

Your team has no structure, and you're doing nothing but confusing players . All thanks to Dolly and Billiat individual brilliance without them Chiefs would've sacked you sir. Why baxter doesn't put buccus instead of Parker for me buccus will play better then paker.

He was there during maritzburg game and the goal came from a set piece not build up play that involved him, these players gift is being limited by coach's tactics. That's nonsense Chiefs it's not a one man team you weak coach there are many young players there that can replace Khama don't ever fool us you don't believe in this young players.

Content created and supplied by: GRAYS (via Opera News )