Ngcobo: I am trying to understand what the coach expects of me 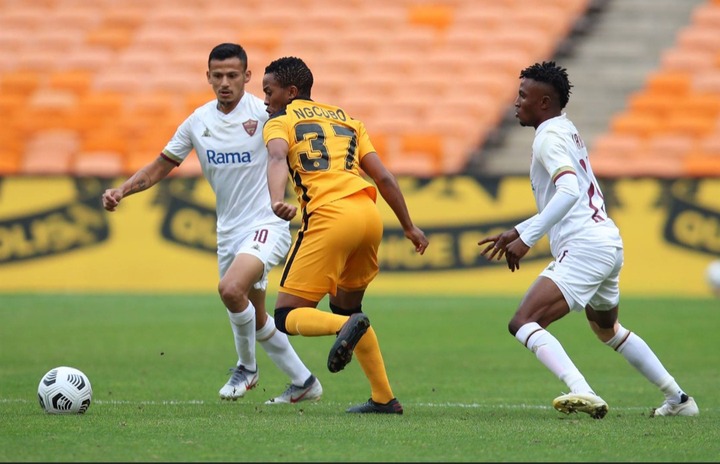 Nkosingiphile Ngcobo, a Kaizer Chiefs midfielder who appeared in 40 games across all competitions last season, has been used rarely this season.

The 21-year-old has failed to persuade new coach Stuart Baxter that he is capable of being a reliable lieutenant on the field. Despite being one of the team's standout performances last season, Ngcobo has only appeared in three games this season, all of which he came on as a substitute. Fans have questioned Baxter's methods due to his lack of playing time.

The two Ngcobos, one of them is defender Njabulo, haven't played in a while. Last week, after much pressure, the coach succumbed and gave Njabulo his first start in the Chiefs' 4-1 loss to Royal AM.

The Pietermaritzburg, KwaZulu-Natal, midfielder acknowledges he would like to play more.

Nkosingiphile said, "I'm pushing myself in training and trying to help the squad and understand what the coach expects of me."

“There is always pressure when you come on as a replacement because you are coming in to change the game. In the short minutes I had [against Royal], I didn't do too terrible. If I am given more than 15 minutes, I believe I will be able to assist the team in scoring.”

It's possible that a window of opportunity has opened for him to play a larger part in the team. Phathutshedzo Nange, a central midfielder, was injured and had to leave the game against Royal.

Baxter's hand could be forced, and Nkosingiphile's first start of the season could come shortly.

The young midfielder, who goes by the nickname Mshini, says he is heartened by the support he has received from supporters.

“Every time I run into a fan, they are all incredibly pleasant and always give me good vibes. They simply tell me that we must work hard and compete for the badge. When I get an opportunity, I'll do my best,” he remarked.

Amakhosi will face Marumo Gallants at Peter Mokaba Stadium on Sunday after their humiliating loss to Royal last week.

The Glamour Boys had only one win in four league games this season, a 2-1 home success over another Limpopo side, Baroka, last month. It will be interesting to see if they can recover against another northerly force.

“Everyone is on their toes after the loss to Royal AM. We've all been working hard and have stepped up our game. In the upcoming game, we shall send a message. We don't want to go lost in that direction again.”

“I've seen them [Marumo] play, and we'll be ready for them. All we have to do now is execute our game plan,” Nkosingiphile said.

After losing 1-0 to Maritzburg United in midweek, Marumo would be hungry to make up gap.

After three games, the club has one tie and two losses, putting them at the bottom of the standings. The newly branded club, which was previously known as Tshakhuma Tsha Madzivhandila before being rebranded Gallants, is off to a bad start.

Abram Sello, the club's owner, expects a strong return on investment after spending millions to buy it from Lawrence Mulaudzi.

To keep his job, Gallants head coach Sébastien Migné will have to improve the team's trajectory. Jean-Francois Losciuto, his assistant, recently quit the club.

Warrent of arrest issues for Zahara

Kaizer Chiefs and Orlando Pirates are battling over Royal AM striker

High demand is one of the reasons for shortage of Savanna in the country.