The relegation battle in the PSL will go down to the wire. 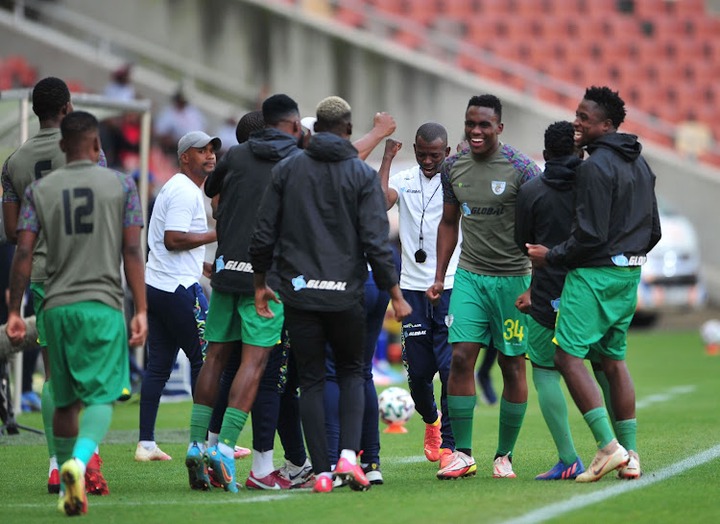 The relegation battle in the PSL will go down to the wire.

On May 14, Baroka FC celebrates their DStv Premiership victory over SuperSport United at Peter Mokaba Stadium.

After Baroka FC defeated SuperSport United 3-1 on Saturday, while Swallows FC and TS Galaxy dropped points, the DStv Premiership relegation race is set to go down to the wire.

At Peter Mokaba Stadium in Polokwane, Bonginkosi Makume scored a brace from the penalty spot in the first half, while Evidence Makgopa scored in the second.

SuperSport's only goal on the road came from Aubrey Ngoma.

Swallows drew 0-0 with Chippa United at Dobsonville Stadium in Joburg, while Galaxy drew 0-0 with Galaxy at Mbombela Stadium, both of which are fighting for survival.

Marumo Gallants and others 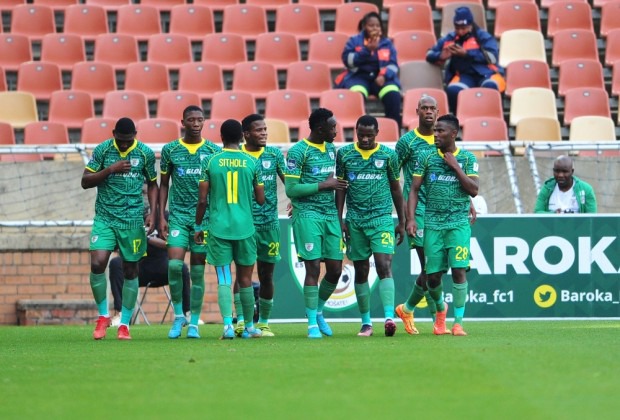 With one match remaining before the end of the season, Baroka and Swallows are level on 25 points.

Swallows have a better goal difference than Baroka, hence they are higher in the standings.

The Galaxy are now in 14th place with 27 points and, depending on the results on the final day of the Premiership, might possibly be relegated to the GladAfrica Championship.

Maritzburg United has 28 points after not playing on Saturday, but they still have two games to play.

A win over SuperSport was the only way for Baroka to stay in the top flight.

Limpopo opened the encounter as though they were battling for their lives, and they produced several decent scoring opportunities.

'You are playing for the school tuition of your children,' Baroka coach reminds players.

As they approach the decisive match, Baroka stand-in coach Vincent Kobola has reminded his players that they are 'playing for their children's school tuition.'

Within the first 20 minutes, players like Decide Akana Chauke and Dan Ndlovu came close to giving Baroka the lead.

Chauke had a one-on-one chance with SuperSport's keeper Boalefa Pule but the shotstopper produced a good save on 13 minutes while Ndlovu was denied by the woodwork from breaking the deadlock a few moments later.

Makgopa was a constant threat to the Matsatsantsa A Pitori defense.

Bakgakga kept up their high-pressing strategy, and they were ultimately rewarded when Keenan Philips was ruled to have handled the ball in the box, earning a penalty.

After 25 minutes of play, Makume, the home side's captain, stepped up and sent Pule the wrong way, giving Baroka hope.

SuperSport conceded another penalty in the space of three minutes, with the veteran Siyabonga Nhlapho being the offender for handling the ball in the box.

Makume chose to go left for his second penalty after going right for his first, giving Baroka a 2-0 lead.

On Sunday, the National First Division title battle will come down to the wire.

On Sunday, the National First Division (NFD) will be decided by a single point between leaders Richards Bay and University of.

The Limpopo side kept up their superb attacks, which enabled them hold SuperSport mostly in their own half.

Makgopa's goal in the 75th minute put Matsatsantsa A Pitori out of the game.

With nine minutes remaining, Ngoma's well-taken goal past Baroka keeper Jackson Mabokgwana, but it was only a consolation for the visitors.

In their final game of the season, Baroka will go to Maritzburg, while Swallows will play Kaizer Chiefs and Chippa will host Galaxy.

PSL relegation battle to go down to the wire https://www.timeslive.co.za/sport/soccer/2022-05-14-psl-relegation-battle-to-go-down-to-the-wire/ via @TimesLIVE

A new Crypto Currency Phone is being released by HTC, Here are all the details. Opinion.

A 19-year-old Boy Looking For A Job Got Stabbed 3 Times This Morning In KZN, Read What Happened

A young man gets this response by sending his mother many photos and people can not stop laughing.