AmaZulu confirms the capture of Tshabalala and Orlando Pirates players 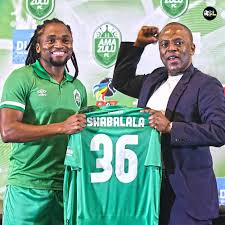 AmaZulu who are under new management has unveiled a long list of players mostly from Orlando pirates as well as the capture of former Kaizer Chiefs captain Siphiwe Tshabalala who have been reported to have caught the attention of Chinese clubs.

AmaZulu survived relegation by the skin of their teeth last season and the past seasons. It looks like Usuthu have learnt their lessons and are investing in top talent to help them do better next season. Usuthu finished strongly last season under the guidance of former player Ayanda Dlamini who took over from Josef Vukusic. The new owner Sandile Zungu have brought the the much needed injection of top talent the club desperately needs. AmaZulu took advantage of the situation at Orlando Pirates. The Buccaneers have been very active in the transfer market and had brought in a number of players and they needed to release some to create space for the new arrivals. The bulk of the new signings comes from Pirates and they include Luvuyo Memela who had been reportedly in talks for a new contract, Augustine Mulunga who had been part of new boys TTM, former Pirates striker Siphelele Mthembu, Limbikani Mzava from Highlands Park, Makhehleni Makhaula also from Highlands park. Others include Thembelani Sikhakhane from Orlando Pirates, Samkelo Mgwazela , Siphelele Nene, Sicelo Mkhize as well as the headliner Siphiwe Tshabalala who was a free agent. 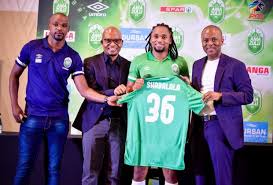 Former Kaizer Chiefs captain Siphiwe Tshabalala also comes in as a surprise having had a stint in Turkey, and was linked with a move back overseas. Media reports suggested that Shabba was on the verge on returning overseas with the intention of playing in the Chinese top tier league. Tshabalala has more PSL experience in the latest group to join Usuthu. The former Free State Stars and Chiefs captain has over 300 PSL appearances even though age is not on his side. Shabba joins Usuthu as a free agent. He has been without a club ever since his departure from his previous Turkish employers in 2019.