Jali with a chance to win prizes in the PSL 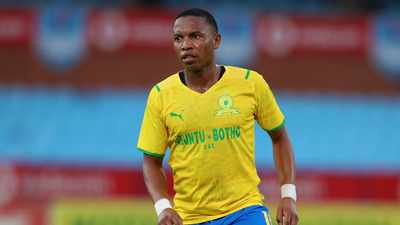 MAMELODI Sundowns' midfielder Andile Jali is likely to come out on top in the Premier Soccer League (PSL) Player of the Year awards for the 2021/22 season.

The 32-year-old was placed in five categories when the PSL released the full list of nominees on Thursday afternoon.

Jali's name tops the list, recently making headlines after he was kicked out of the national team, Bafana Bafana, which will play in the Africa Cup of Nations (Afcon) qualifiers in June. On Monday, the Bafana coach announced the names of the finalists for the squad, with Jali's name missing.

Other players who have been nominated in many categories by Jali's Sundowns teammates, Themba Zwane and Peter Shalulile, will also be in the Player of the Season Player of the Year category.

DStv Premiership champions appear in many categories with their coaches, Manqoba Mngqithi and Rhulani Mokwena, in contention for the coveted Coach of the Year award, which they did not claim with Cape Town City coach Eric Tinkler and Royal AM coach John Maduka.

Keegan Allan and Luvuyo Phewa of the University of Pretoria and Mfundo Thikazi of Royal AM will compete for the Nedbank Cup Most Promising Player of the Tournament. Boitumelo Radiopane of Orlando Pirates and Mduduzi Shabalala of Kaizer Chiefs have been nominated for the DStv Diski Challenge Player Player of the Season.

The coaches of the teams running in the DStv Premiership are the ones who voted in the Footballer of the Season category. Each team had one vote and coaches were not allowed to nominate or vote for the players on their teams.

The same rule applied to selecting the DStv Disk Challenge Player of the Season, where the coaches who hosted the league voted.

The DStv Premiership Goal of the Season will be voted by the public to choose between the goals that have won the Goal of the Month award since the start of the season.

Voting will begin once all DStv Premiership matches have been played on www.psl.co.za.

In some categories, a team was selected to consist of football journalists, commentators and broadcasters.