Juventus finally gets 1st win of Serie A season 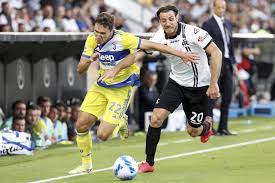 During a disastrous start to the season in Serie A, critics demanded that Juventus use its younger players more, and they had to be appeased after Moise Kean, Federico Chiesa, and Matthijs De Ligt each scored in a 3-2 win at Spezia on Wednesday, the Bianconeri's first Italian league win of the season. De Ligt scored the game-winning goal in the 72nd minute, completing a comeback from a four-minute deficit. De Ligt, who was filling in for Juventus captain Giorgio Chiellini, calmly redirected in a loose ball that had been knocked around after a corner.

Chiesa, 23, had equalized six minutes earlier with a typical Chiesa goal: he darted straight to the goal by dribbling through a defender's legs, then barely got his shot off as he was sliding toward the ball. After Adrien Rabiot knocked down a ball over the top from Leonardo Bonucci, the 21-year-old Kean — who, like coach Massimiliano Allegri, is in his second stint at Juventus — gave the visitors an early lead with a long shot. 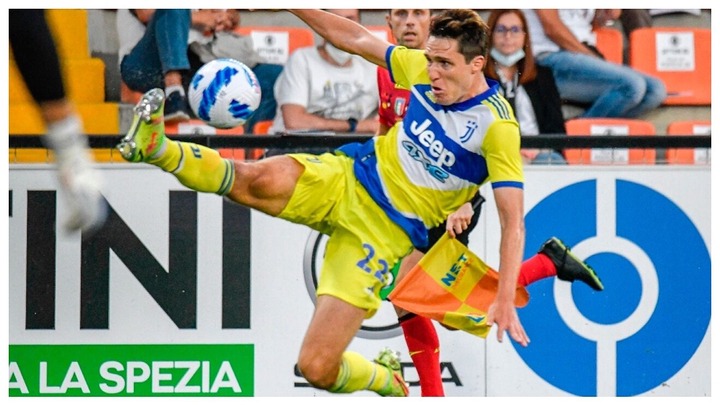 Both sides of halftime saw Spezia score, with the first coming from Emmanuel Gyasi, who dribbled past Danilo on the left flank and looped a long shot into the far corner. Gyasi mimicked his idol and recently departed Juventus player Cristiano Ronaldo by leaping into the air and pumping his arms down toward his body. Janis Antiste, a 19-year-old French forward, gave Spezia the lead on a counterattack by beating De Ligt with a shot deflected by Bonucci. 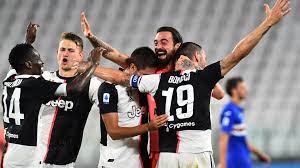 Mamadou Coulibaly equalized for Salernitana midway through the second half.