See what Ncikazi had to say about the team (Pirates) after their disappointing performance in the CAF Confederation Cup. 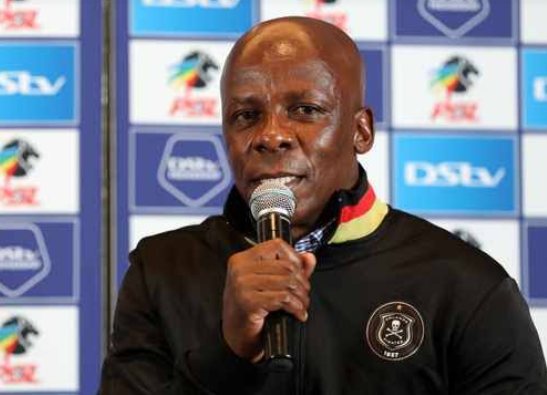 Ncikazi: I observed a confident squad

Co-coach Mandla Ncikazi of the Orlando Pirates expressed his satisfaction with the manner in which his team rebounded from the loss they experienced in the CAF Confederation Cup.

After Thembinkosi Lorch scored a goal and assisted each of the three goals that were scored by Kwame Peprah, Deon Hotto, and Kabelo Dlamini, the Buccaneers were able to maintain their aspirations of finishing in second place.

After the game, Ncikazi expressed his gratitude to his team's players by saying, "Let's applaud the guys for the win from the situation we're coming from, I saw a confident team." This was broadcast on SuperSport TV.

My one and only worry is that we could have scored more goals, which I know is one of your priorities. You should take advantage of all the chances that are presented to you without giving the impression that you are not grateful for them.

Having said that, the fact that we were victorious in the match and obtained all three points is what's most important to me right now.

Ncikazi was then questioned what was different about this match in comparison to their final match in the CAF Confederation Cup versus RSB Berkane, in which the setup appeared to be the same.

"There was nothing new about the way that we approached the game; the only thing that was different from prior matches was that today we made the most of the opportunities that we created." Today, we scored, which is something that doesn't always happen in our matches. I was under the impression that it was the sole distinction."