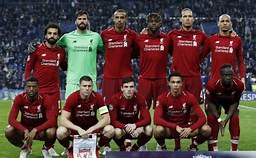 A cult icon at Liverpool is 'certainly departing' the FA Cup winners at the end of the season, and has already lined up his next club. MORE SLInt:

A cult icon at Liverpool is 'certainly departing' the FA Cup winners at the end of the season, and has already lined up his next club.

Despite the fact that the 27-year-old has never been a regular starter for Jurgen Klopp in England, his talent for scoring crucial goals has earned him cult hero status among the Merseyside giants.

In 2014, the Belgian international joined Liverpool from Lille in France, and has since scored 41 goals in 175 appearances for the Reds in all competitions.

Origi has won six trophies with Liverpool so far, and he might win two more if Klopp's team win the Premier League and the UEFA Champions League before the end of the month, completing an unprecedented quadruple. Here are ten of the most recent transfers for next season that have been confirmed:

"Divock Origi has no doubts about his next destination; he's just waiting to complete medical tests and sign the contract as a new AC Milan player in the coming weeks. Liver pool has already accepted his decision- he's definitely leaving on a free transfer"

"AC Milan have already made a proposal to sign Divock Origi on a free transfer. He's not extending the contract with Liverpool, the current deal expires in June and AC Milan is pushing to complete the agreement."