Opinion: The Chelsea's Weak Point That Juventus Could Use To Win Chelsea At Stamford Bridge

The UEFA Champions League will host Chelsea's Juventus at Stamford Bridge today. Thomas Tuchel's men will be on a strong side of Juventus in a must-win match that will decide who finishes the group table. 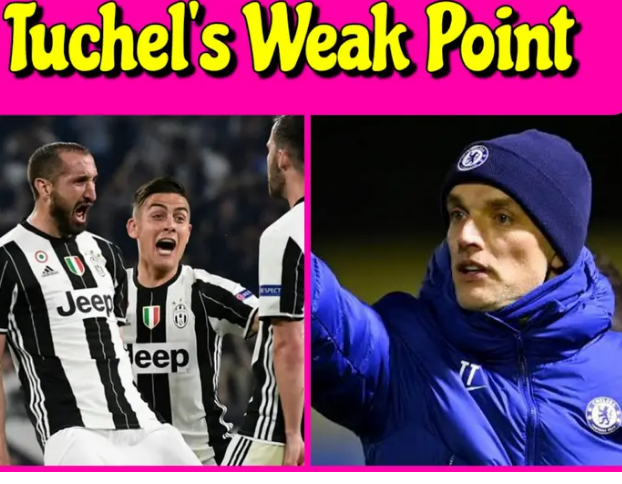 Juventus started their Champions League campaign in good form, won all their games including Chelsea and just need a draw to take first place in Group H. Chelsea, on the other hand, are in good shape and are already in the Round of 16. but he needs to beat Juventus to maintain a top spot.

Despite their poor form in Italian Serie A, Juventus manages to play well in the Champions League and it will be a tough match for Chelsea.

Thomas Tuchel's Chelsea is arguably the best team in the world right now, but they still have some flaws and weaknesses that Juventus can use to win today's game.

1. Inability to break through the deeply defending opposition;

It worked in the first leg and is likely to work again for Juventus in the second leg. Thomas Tuchel's Chelsea struggle to break down the defenders' defences while they wait for a counterattack. This style of play is popularly known as "Parking the Bus" as it is meant to prevent the opposition from scoring.

Chelsea were unable to break through the Juventus defense in the first match because Max Allegri adopted the Bus Parking technique which prevented Chelsea from scoring in the match. Chelsea don't have top-notch offensive Midfielders who can break through the tight defence.

If Max Allegri parks the bus, it will be difficult for Chelsea to score and this could help Juventus beat Chelsea at Stamford Bridge as they have fast wingers like Cuadrado and Federico Chiesa who can counterattack.