It has been reported that SuperSport United coach is angry at his club for not being able to seal the deal of Kaizer Chiefs legend. 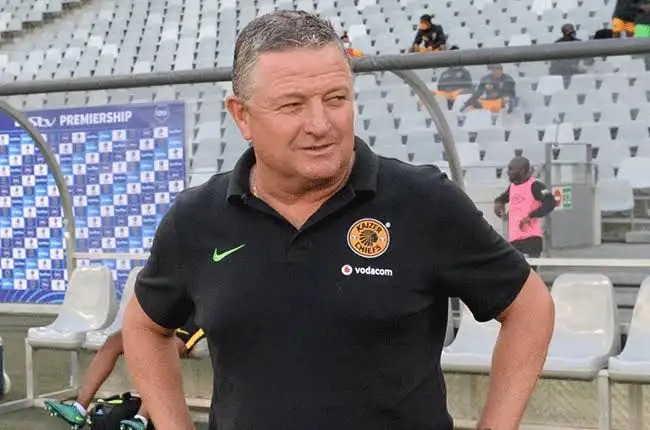 According to The Citizens, Gavin Hunt is fuming after his side failed to sign Bernard Parker who was a free-agent after leaving Kaizer Chiefs at the end of 2021-22 season.

After parting ways with Amakhosi, the former Thanda Royal Zulu and FC Twente striker started training with the Tshwane side, SuperSport United, hoping to seal a deal with the club.

As the player has previously worked with Gavin Hunt before, it was expected that he would sign a contract with the club, however, he was announced by TS Galaxy instead.

A source has now revealed that Gavin Hunt is fuming with how SuperSport United is handling the matter in terms of signing players in the transfer window.

One of the things that worries the coach the most is that the club does not have much senior players, which is the same thing that happened to Kaitano Tembo before he was fired.