"I will still close mouth and win things," Ronaldo replies Bonucci and Chiellini. 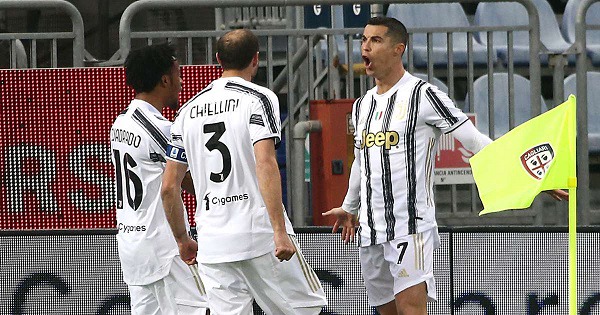 Leonardo Bonucci and Giorgio Chiellini have recently spoken out against Cristiano Ronaldo's departure from the club.

The Juventus players, according to Leo, must reclaim their pre-Ronaldo enthusiasm, with the captain blaming his late departure for the team's poor start to the season.

Naturally, the Manchester United player was offended by his old colleagues' comments, and he chose to retaliate on the first time.

"I'm aware of when the team requires defensive assistance. But my job at the club is to win, assist the squad in winning, and score goals — that's my job," Ronaldo told Sky Sports UK, as translated by Football Italia.

“Those who don't want to see it don't like me, but to be honest, I'm 36 and I win everything, so am I going to be concerned about the people who say negative things about me? I have an excellent night's sleep. I'm going to bed with a clear conscience. Keep doing what you're doing because I'm still going to shut people's mouths and win.

“Criticism is an unavoidable aspect of the job. That is not a concern of mine. And I believe that being honest is a good thing. If people are concerned about me or speak about me, it is because they recognize my football potential and value. So far, so good. Let me give you an example: if you're the best student in a school and you ask the worst student if he loves the best, they'll reply they don't."

While the Italia duo's views clearly irritated Ronaldo, their words were carefully crafted and did not include any personal attacks or insults directed at the striker.

Bonucci didn't hold Ronaldo responsible for the team's lack of spirit while he was in Turin, but the lack of a battling mindset was evident.

Chiellini, on the other hand, may have been correct in suggesting that CR7's late departure was to blame for the team's poor performance earlier this season. However, the captain did not condemn the Portuguese verbally, but rather the departure itself.

As a result, Ronaldo's comments about shutting mouths and comparing himself to the best student in class serve as further indication of his mental unsuitability for the Juventus cause.

One SA Woman found Something strange after filling fuel, Always check this when filling petrol.