Are you a true Manchester United fan? Can you answer these 15 Questions?

By SHAGGY-B (self media writer) | 1 year ago 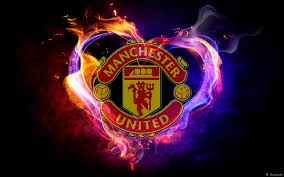 2. What was the name of the club before it was changed to Manchester United?

3.where was the club's home grounds before moving to old Trafford?

4. When did Manchester United win the 1st ever English Trebble?

5. Who is the club's all time top goal scorer?

6. Who has made the most appearances for Manchester United?

7. What is depicted just above the devil in the Man United badge?

8. When was Sir Alex Ferguson appointed as manager of Manchester United?

9. When was the 1st time in Manchester United history that they was crown the champions of League 1?

10. In which year did the tragic air crash happen?

11. Who was the 1st Non British player to be signed by Manchester United?

12. When did Manchester United win their 1st ever champions League title?

13. When did Manchester United win the Europa League for the 1st time?

14. What was the highest recorded attendance at a game at old Trafford?

15. How long was Sir Alex Ferguson the manager of Manchester United?

How many can you answer?

Content created and supplied by: SHAGGY-B (via Opera News )