Former Cape Town City coach Benni McCarthy who is always on the thick of things when his side is playing was once at it when AmaZulu played against Orlando Pirates on Wednesday at the Johnson Kings Park Stadium, after what he deemed as a tackle on one of his players that was never given, and from there, his side conceded and he was all animated on the touchline until his side found an equaliser. 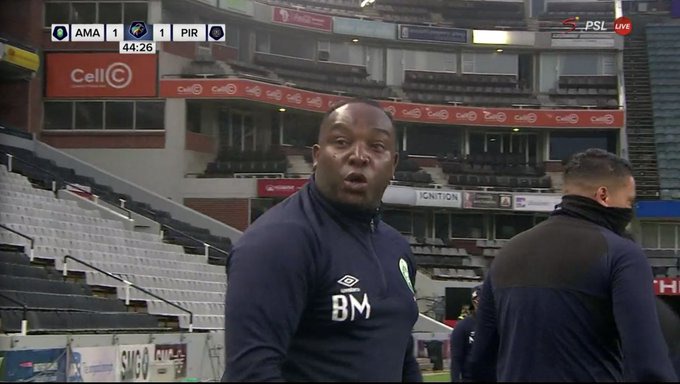 Speaking to SuperSport TV on his post match interview, the former Bafana Bafana striker said he was animated because he felt they were suppose to have been awarded a free kick, instead they never got it and they were a goal down from that incident, he said the referee's decision didn't not sit well with them as a technical team.

"I was genuinely convinced that it was a free-kick. The player never got anything of the ball. He took De Jong out and the referee waved play on. It was on the halfway mark of the pitch. And then straight from there one pass in behind and then they got the goal. So we all just felt that we were a little bit hard done by and a decision that went against you cost you the goal," he said. 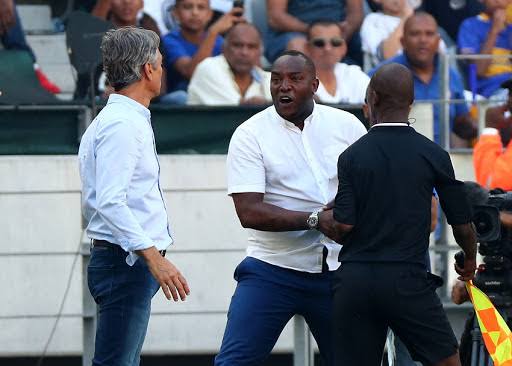 SuperSport present who was on the pitch side said she heard what Mca9said and she said after scoring the eqialiser, McCarthy said it is game on and it is now personal, he was allegedly direct ing that to Orlando Pirates bench.

McCarthy was on top of the headlines a few months back when he was literally attacking SuperSport United coach Keitano Tembo in a hated altercation during the game, a few years back he also got on the wrong side of the law when he almost beat Muhsin Ertugral during the game. 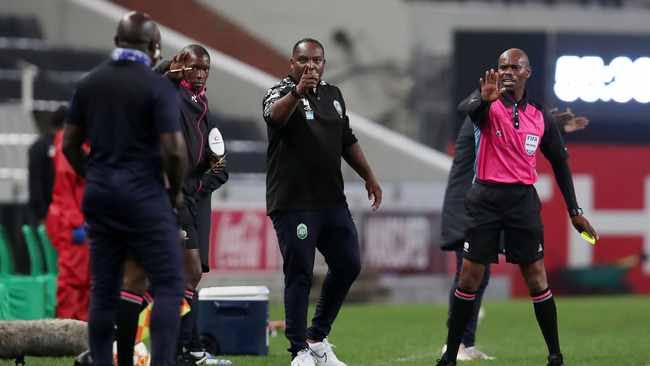