By GlobCapacity (self media writer) | 7 months ago 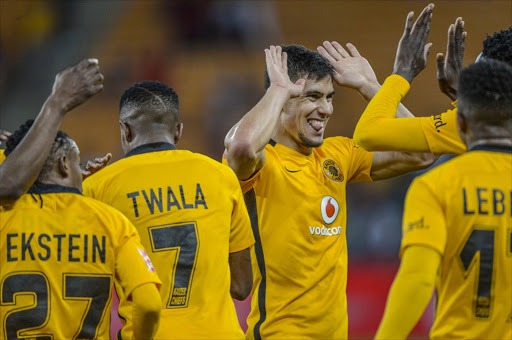 During the last ever league title triumph Kaizer Chiefs had three players waiting in the wings and on the shadows of Siphiwe Tshabalala, Tefu Mashamaite, Itumeleng Khune in the 2014/14 season

And those three players in question are top class defensive star Lorenzo Gordinho, Pule Ekstein, Brilliant Khuzwayo who were tipped as the natural successors to Itumeleng Khune, Tefu Mashamaite and Siphiwe Tshabalala

And going into the up and coming transfer window one of the or three of the positions that need strengthening is at Centre Back, Midfield, and in goal as well with Amakhosi potentially having to pay a lot money for player's in those position

The great coincidence here is Pule Ekstein is a midfielder, Lorenzo Gordinho is a defender & Brilliant Khuzwayo is a goalkeeper and one would wonder if Kaizer Chiefs kept all those players and built a team around them they wouldn't be in the situation where they have to pay big money for different players in the same position