When Atletico Madrid striker Luis Suarez was replaced in the 13th minute, he broke into tears on the bench.

After suffering an injury in the first half of Atletico Madrid's crucial Champions League match against FC Porto on Tuesday night, the striker was brought to tears on the bench.

After picking up a knock in the game, Luis Suarez only lasted 13 minutes.

Diego Simeone, the manager of Atletico Madrid, put the Uruguayan up front as they attempt to advance to the next round of the Champions League.

Luis Suarez, on the other hand, failed to make an impression before being substituted in the game by Cunha.

The former Barcelona star couldn't hold back his sorrow as he sobbed on the bench.

Luis Suarez is now a possible doubt for their La Liga match against Real Madrid on Sunday.

On Tuesday night, fans were discussing about the 34-year-passionate old's reaction on social media.

a fan wrote on Twitter "Luis Suárez was in tears after being replaced due to an injury. In just one season, he has developed a strong bond with the team." 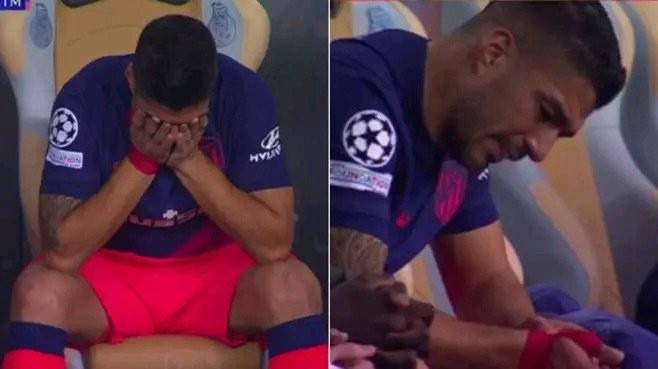 Another fan stated the following: "Suarez has been sent off, and he's crying? I sincerely hope the injury isn't serious."

"Luis Suarez has been taken off in the other match, Atletico is going out," a third supporter stated.

MELANIN: I hope this will be my last short left on the month