Pitso Mosimane revealed his plans for the future and said that he will take a vacation from football. The 57-year-old was let go by Al Ahly earlier this month and is currently jobless.

I'm glad to get a rest. I'm glad I woke up at 11 a.m., and I'm glad I don't have to answer to anyone right now. When the time is right, I'll return to coaching, Mosimane stated in a Kaya 959 interview.

Taking a vacation from coaching may occasionally be therapeutic, the former Sundowns and Bafana Bafana strategist noted, adding that outstanding coaches of today have also done it. 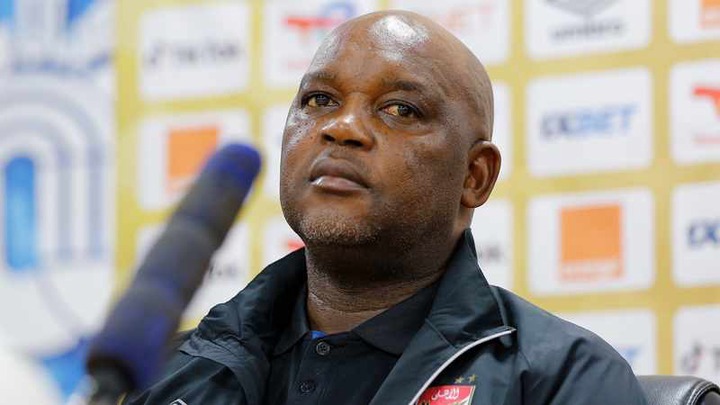 You need to step back occasionally. Major coaches have done that, including Pep Guardiola. That was carried out by Carlo Ancelotti. Zidane has accomplished that. He was a three-time Champions League champion, but he is no longer a coach, according to Mosimane.

When discussing his departure from Al Ahly, "Jingles" reiterated that he had resigned from the club, not been fired.

"It was a challenging choice to make. I chose to leave. Everyone in the club seemed shocked, but I just had the urge to go. Every good thing comes to an end, but I renewed my contract last year and assumed I would stay longer," he remarked.

Pitso Mosimane Soccer Schools will be his primary priority, according to Mosimane. The initiative's focus will be on enhancing grassroots football development in South Africa, which has come under harsh criticism due to the men's national team's underwhelming results, Moira Tlhagale, Mosimane's wife and agent, stated last month.

The Pitso Mosimane Soccer Schools (PMSS) are part of Coach Pitso's legacy of not only developing the player of tomorrow but also making sure that he contributes towards South African football for it to go back to the level of excellence that we know it to be, and most importantly reaching new heights, stated Tlhagale.