Top 10 Most Successful Clubs in Africa, See No.6 they local

By Amie_mabaso (self media writer) | 1 year ago 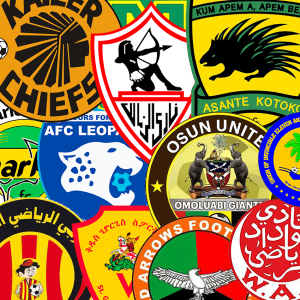 Here is the list of the most successful football clubs on the African continent as of 2021, with the Caf champions league final between Aly Ally[Red Devils] and Kaizer Chiefs[Glamour Boys] this list is subject to change in due time.

10.Horoya Athletic commonly known as Horoya Conakry, this football club is the 10th most successful side in Africa, they have won 17 league titles and 5 domestics cup throughput their history.

8. Etoile Sportive du Sahel, this club has won two Confed competitions and were crowned African champions back in 2007.

7. RS Berkane, this club transformation is what puts it on this list, they have won the caf champions league and one league title in Moroka top flight.

6. Mamelodi Sundowns, the Pretoria giants have won the league title for a record of times, and under Pitso Mosimane in 2016 they won the caf champions league.

5. Zamalek Fc, This club is a force to be reckoned with they have a total of 27 Egyptian titles, including 5 caf champions league, two Confed, 3 caf super cups and 12 league titles.

4. Tp Mazembe, they are the fourth most successful team in Africa, having won over 34 National titles and 5 caf champions league including 3 Confed and caf super cup.

Content created and supplied by: Amie_mabaso (via Opera News )

VIDEO: MaMkhize wants to help 25 people with the amount of cash they need