Ole Gunnar Solskjaer and his boys were beaten by the Merseyside team at Old Trafford in their EPL Week 9 meeting. The Red Devils conceded five goals without scoring, despite the presence of Cristiano Ronaldo in the squad. Manchester United did not perform very well in the game, coupled with poor decisions by the video assistant referee that went against them. The Red Devils conceded 3 goals in the first half which were scored by Naby Keita, Diogo Jota and Mohamed Salah. The Egyptian playmaker scored two more goals to bring the score to five.

The Red Devils were not favored in today's game against Liverpool by the video assistant referee. Technology has made decisions that have not favored Manchester United in this game. 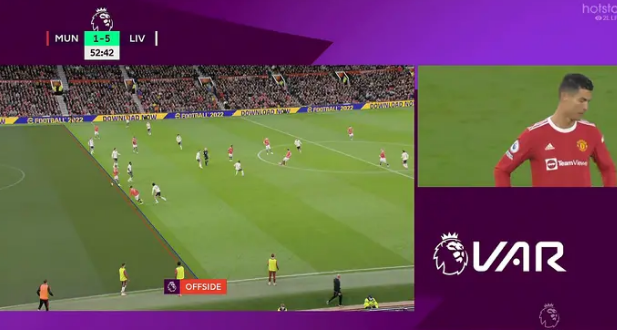 He was in the same line as the Liverpool defender but technology used his hands to judge him as being in an offside position. The decisions to deny the only goal scored by the Red Devils were too hard.

The French international midfielder was sent off for a brutal tackle on Naby Keita. The midfielder went for the ball, but Naby Keita did not position his leg very well i.e. he was injured.

Paul Pogba was not supposed to be kicked out as it was not an intentional act. He clearly went for the ball, but luck was not on his side.

Technology did not take pity on the Red Devils team despite the many goals conceded.