By Vutiviirvin (self media writer) | 6 months ago

Orlando Pirates first team coach Mandla Ncikazi has been waxing lyrical about the club’s star player Thembinkosi Lorch, who is slowly getting back to his best for the Buccaneers. 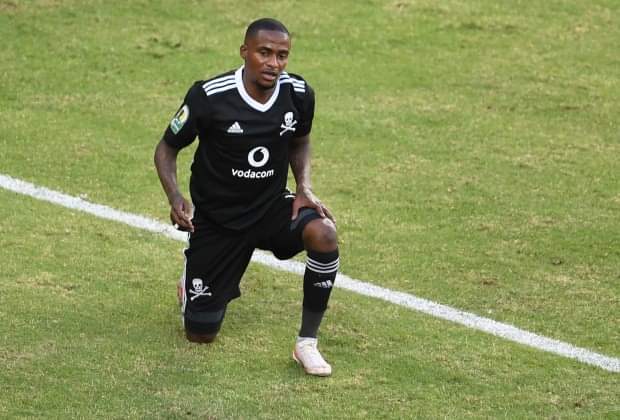 Nedbank Cup encounter against AmaZulu, following his exploits in the DStv Compact Cup, Lorch enjoyed a full 90-minute appearance as Pirates advanced to the last 16 of the competition thanks to a 1-0 win over Usuthu.

Lorch is a game-decider. Even the training match that we played. Players have so much confidence that the game is played around him. You can see the decisions in the previous match against AmaZulu [he got] two assists and that is Lorch for you.

The coaches doesn't have ability to build a team that will score goals from every angles look at mako weren't benefiting from him. No cross he only runs with the ball but maela is on the bench his good the strikers benefit from his deliveries as well as defensive aunder micho. we scored so many goals from wing backs assist.