By Khampz (self media writer) | 1 year ago 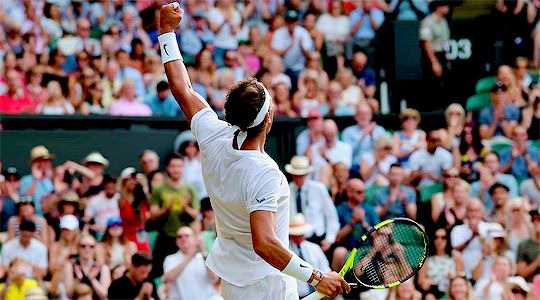 Former world number one, Rafael Nadal, has decided to pull out of the upcoming Wimbledon Grand Slam. The tournament is set to take place from 28 June 2021.

Nadal, also known as King of Clay lost to Novak Djokovic in the semi-final of the French Open, two weeks ago. He claims the time between the French Open and Wimbledon are three weeks apart which leaves minimal recovery time. Nadal's decision to withdraw from Wimbledon will result in a prolonged career with sufficient rest to continue performing at peak performance.

Nadal's absence from Wimbledon places Djokovic in contention to win the tournament where he would obtain his 20th Grand Slam. This would equal both Rafael Nadal and Roger Federer's all-time Grand slams. Djokovic is the current World number one and will be looking to achieve his 4th Wimbledon title.

Andy Murray is set to participate at the 2021 Wimbledon and make a comeback after prolonged injuries that have kept him out of competition.

Content created and supplied by: Khampz (via Opera News )