By LocalFootballUpdates (self media writer) | 1 month ago 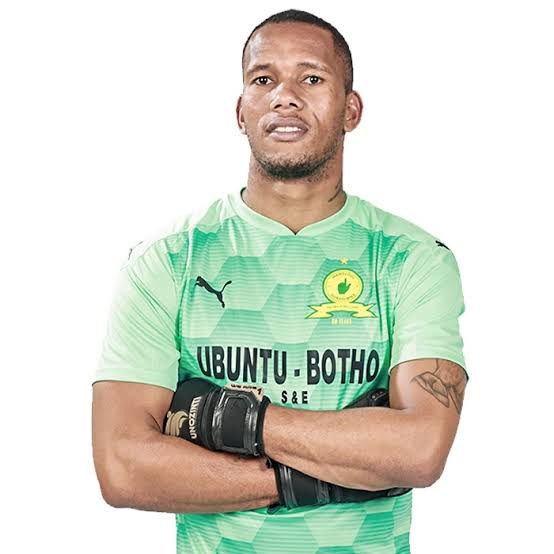 According to Soccer Laduma, Mamelodi Sundowns have rejected a loan request from several clubs for the service of their goalkeeper Ricardo Goss.

Following the sale of Bidvest Wits in June last year, Goss was signed by the Brazilians along side with two other Bidvest Wits teammates - Haashim Domingo and Gift Motupa.

The idea behind the move, apart from the fact that Downs had seemingly received a good deal to sign three elite players for a reported figure of around R12 million, was that Goss would prepared as a successor to veterans Denis Onyango and Kennedy Mweene.

But in his first season, Goss only manage to get only five appearances from all competitions Mamelodi Sundowns were involved in as both Onyango and Mweene were still preferred ahead of him because of their experience at this level. Word coming from Soccer Laduma crew is that there have been a few enquiries from other DStv Premiership clubs over whether the Brazilians would be keen on a loan move given his lack of game time, especially now that Reyaad Pieterse has also moved ahead of him in the pecking order of goalkeepers at the Chloorkop based side.

Indications are that Mamelodi Sundowns have been reluctant to let Goss leave and could still reject any advance in January as they prefer having four goalkeepers in that squad.

This source have explained, is due to the fact that the team from Tshwane is involved in the CAF Champions League and do not want to be left stranded should any of their goalkeepers get injured or get suspended during the campaign.

With all four goal keepers registered, there is enough cover.

But the source have also indicated that Goss, like any other player would love nothing but more than getting regular game time, having only featured once in the the 2021/22 season so far.

Content created and supplied by: LocalFootballUpdates (via Opera News )