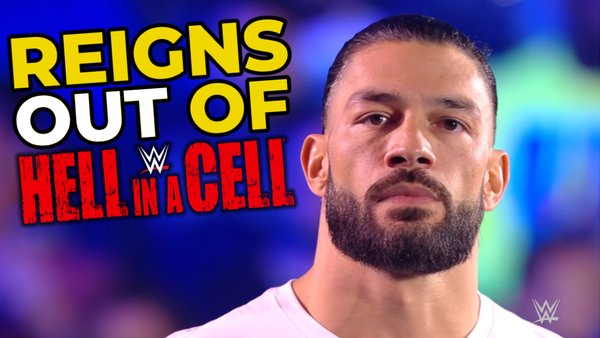 A recent episode of Wrestling Observer Radio saw Dave Meltzer report that the Undisputed WWE Universal Champion isn't going to be featured on every premium live event going forward. Thus, he will miss HIAC, though he is expected to work other major shows over the summer.

Reigns recently signed a new WWE contract allowing him to work a less demanding schedule as the promotion's top guy. Though it was originally reported that he would be taking a 10-week hiatus from television and house shows this summer, this no longer appears to be the case.

On WOR, Meltzer stated that while Roman will, indeed, be working fewer dates, he will be on television to build up his summer premium live event matches.

Per the report, WrestleMania 38's first night (headlined by 'Stone Cold' Steve Austin vs. Kevin Owens) convinced the company that its top men's championships don't necessarily need to be featured on premium live events. This is among the reasons behind Roman's new, relaxed schedule. Similarly, guaranteed income from WWE's Peacock deal has removed the night to push for pay-per-view buys and WWE Network subscriptions, assuaging WWE's urgency to book Roman on these cards.

It is believed that Roman's new schedule will primarily mean him missing small-market house shows.

Why do guys feel so furious when they find out their partner has been unfaithful to them?