6 DSTV Premiership fixtures to look out for this upcoming weekend|| Soweto derby in the mix.

By BlitzNewsZA (self media writer) | 4 months ago

The 2021/2022 DSTV Premiership is well underway and matchday 3 is upon us and it is promising to be another round of thrilling and exciting actions and we decided to look at some fixtures which stands to be fire. 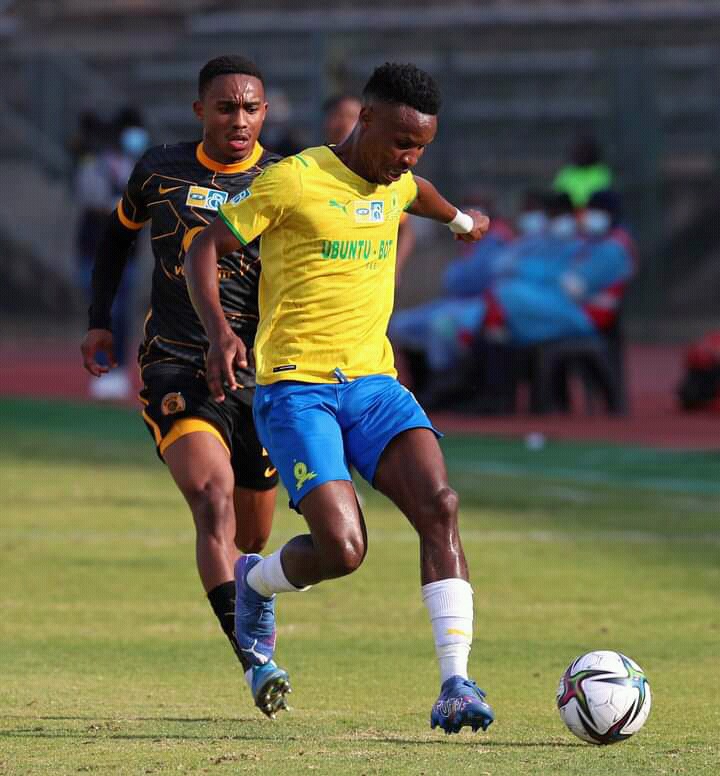 We have decided to take a look at six fixtures taking place this upcoming weekend and see the matches could be won and lost.

The original Soweto derby presents Pirates a chance to register a win this season as they are yet to register a victory,with a 2 nil loss to their weekend opponents Swallows in the MTN8 quarterfinal and two consecutive draws in the league has Pirates laying on 11th on the log.

Meanwhile Swallows seems to be heading in the direction as they find themselves in the semi-final of MTN8 and have 4 points from possible 6 and will give Pirates a tough match at Orlando Stadium on Saturday,11 September 2021 kick off 3pm Cat.

The clash that will kick off simultaneous to that Pirates vs Swallows clash at Mbombela stadium, with both clubs outside the top eight(Arrows 10th with 3 points and Galaxy 13th with a single point both from 2 games) the match is set to be a fiery clash. 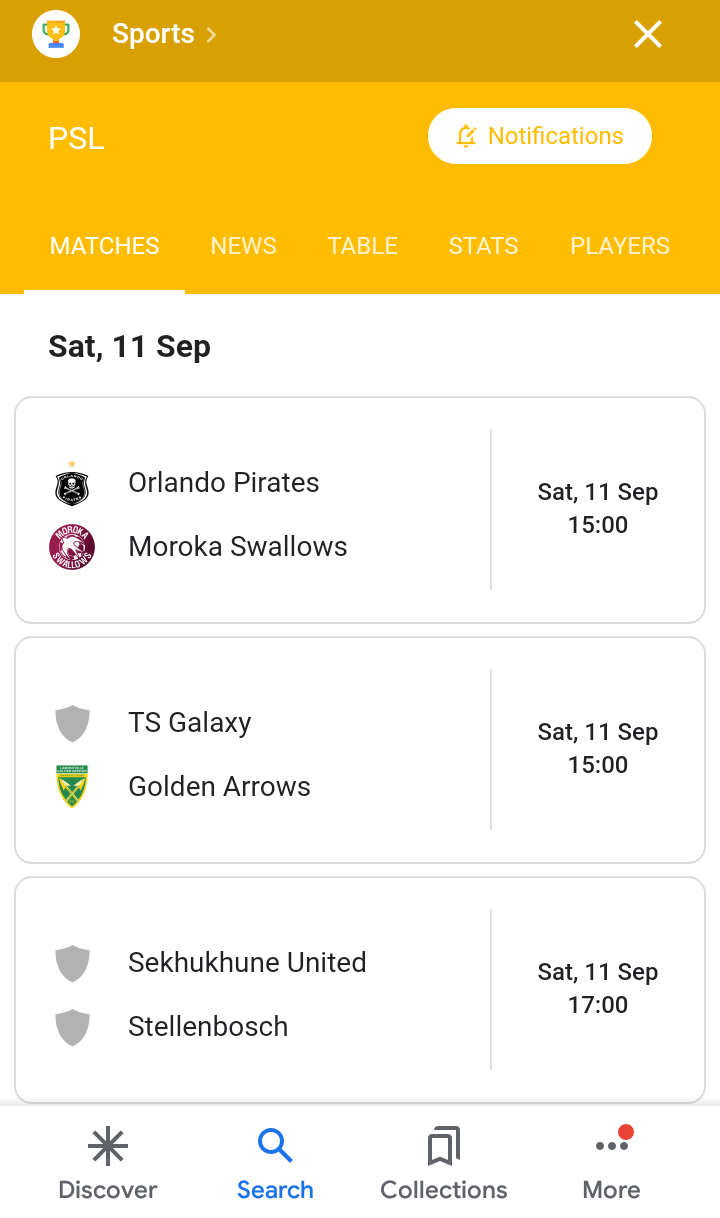 Last place Maritzburg will be looking to pick up their first points of the season in their third time of trying at Peter Mokhaba stadium against 8th place Baroka on Saturday the game will kick off at 5pm.

Chatsworth Stadium will host Royal Am and an unbeaten Chippa United on Sunday the 12th of September kick off 3pm,with the troubled host looking to pick up first points of the season.

Later that evening at 5pm Loftus Versfeld Stadium hosts arguably the game of the matchday 3 as defending Champions Sundowns hosts arch-rivals Chiefs,with both clubs undefeated the clash is set to be one for the ages. 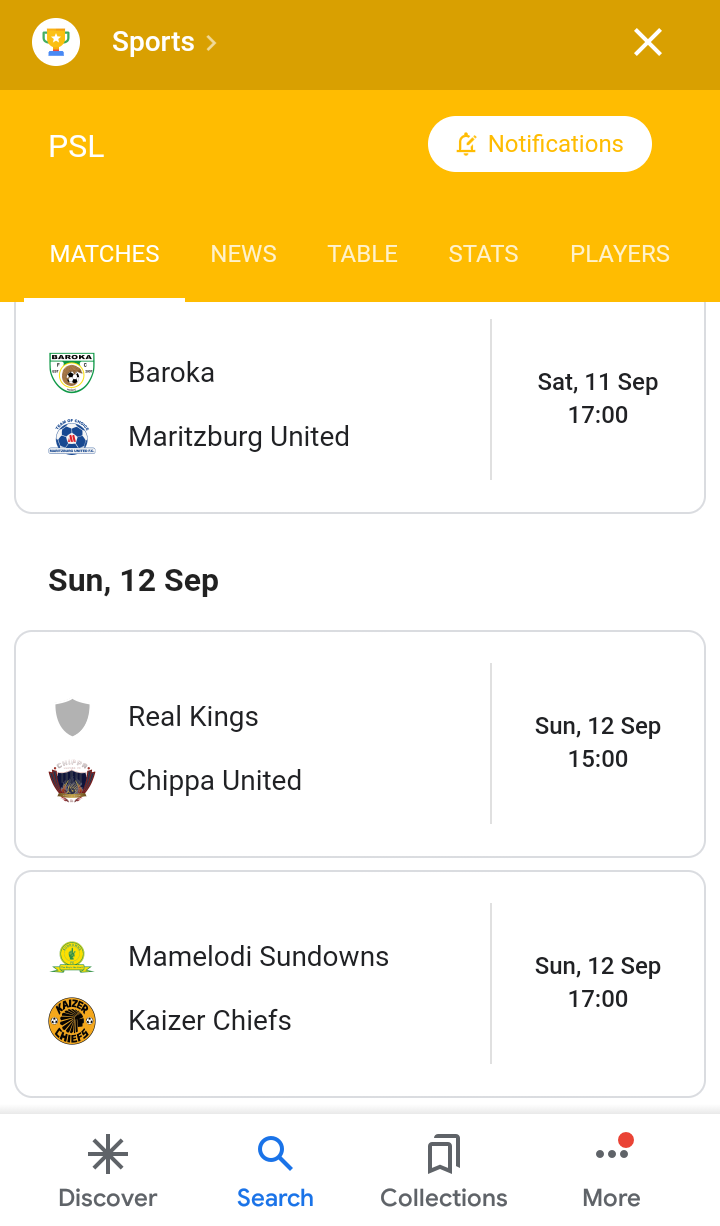 Currently the league log stands as follows and will definitely change after matchday 3. 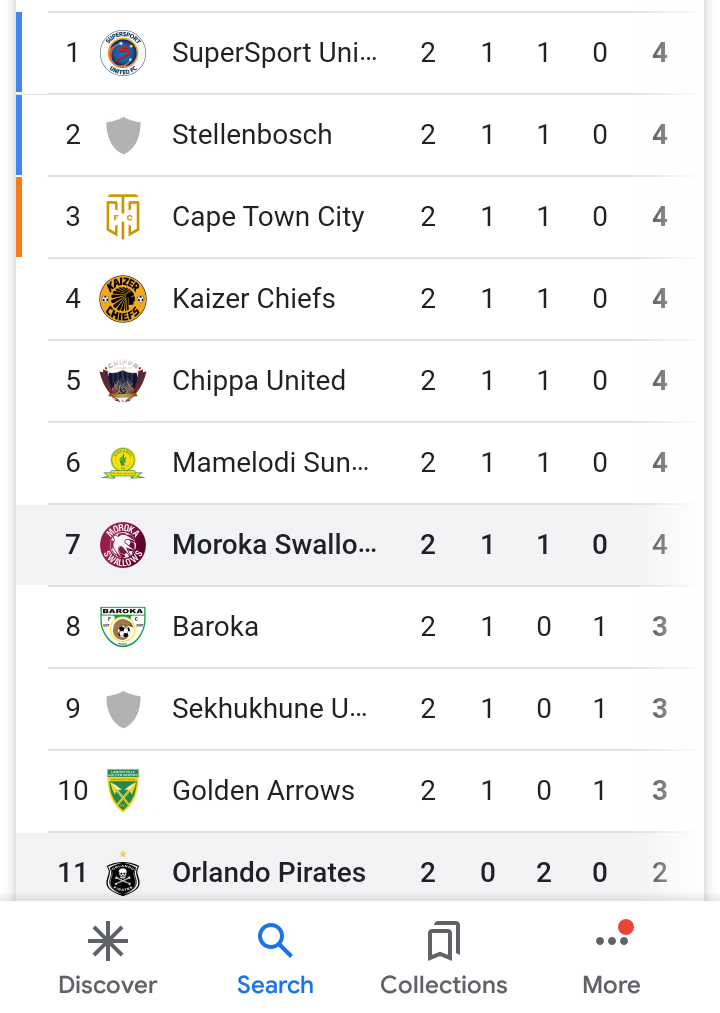 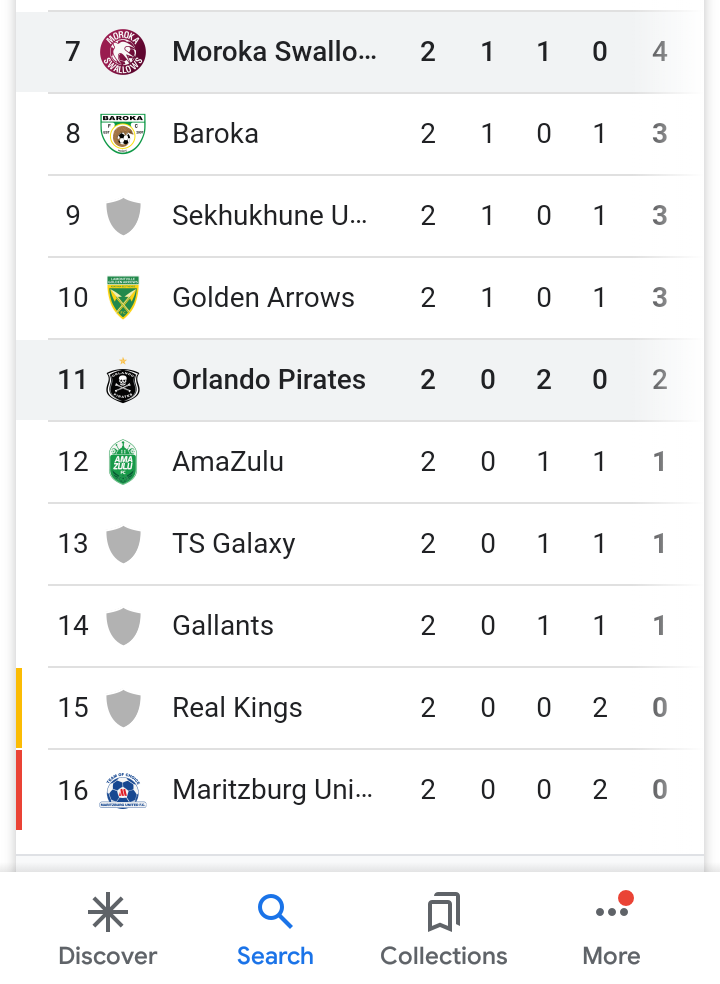 Don't be scared to follow of you want see more articles.

Former Chiefs Player: Takes us on a Tour Inside the Club After Renovations