By SHAGGY-B (self media writer) | 1 year ago

Leicester city are resigned to loosing star leftback Ben Chillwell to Chelsea for a fee said to be around £50m.

Chillwell missed the last 5 league games of Leicester city's campaign as they dropped out if the top 4 mere weeks before the end of season, where they were for majority of the campaign.

Ben Chillwell underwent a series of medicals to determine the seriousness of his injury and as per the "metro" will be be out of action for the next three weeks as his medical results have been handed over to Chelsea.

Frank Lampard has been adamant that his 1st choice is Ben Chillwell and it seems Mariana Granovskaia is again working her magic to get the deal done for a significantly lower price than Leicester city are actually asking for.

Metro also states should the extent of the injurt to the 23 year old is not serious but he may miss the opening weekend of the start of the new premier League season, and his first game back could be against the daunting League champions Liverpool and Mo Salah in particular. 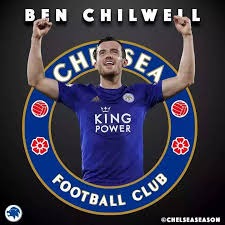 Lampard has not been shy to make drastic changes to the left back position, having at times dropped both Marcus Alonso and Emerson Palmieri with Azpeliqueta filling in at left back despite being a more right foot dominant player.

Content created and supplied by: SHAGGY-B (via Opera News )