Two of the Worst Players 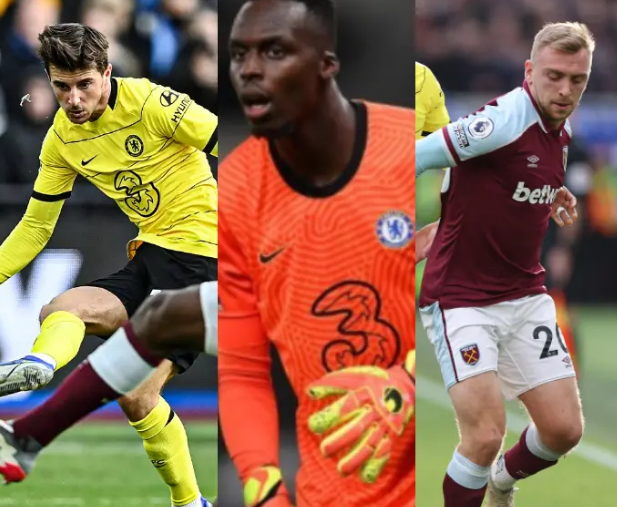 1. Marcos Alonso: I believe Chelsea is suffering without Ben Chilwell. This afternoon, Marcos Alonso struggled against West Ham United. The Spanish left-back was unable to deliver and was also unable to prevent Jerrod Bowen from scoring the equalizer.

2. Edouard Mendy: the Chelsea goalkeeper gave away a penalty in the first half and made another mistake in the second. He gave up an unexpected goal from the left flank, which I believe was a mistake, but he was poor this afternoon.

Three of the best players

2. Thiago Silva: the Brazilian defender has proven that age is nothing more than a number. Thiago Silva, who came through for the Blues this afternoon, is the best Chelsea defender in my opinion. Thiago Silva is one of the best players on the field today against West Ham, not because he scored a goal, but because of his work rate and clearances. He went on to make an outstanding clearance on the line after scoring the first goal. The Brazilian captain performed admirably today and deserves to be commended.

3. Jerrod Bowen: The West Ham winger assisted on the first goal and then leveled the game in the second half. Today, he was outstanding for West Ham against Chelsea. He's one of the best players on the field this afternoon.