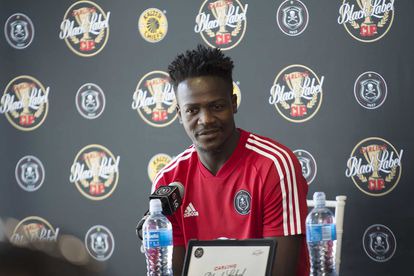 Chabalala, who has been with the Buccaneers since 2016, is now part of a growing list of players who have been deemed surplus to requirements at the club for the 2022/23 season. Chabalala is 30 years old and joined the Buccaneers in 2016. Thabang Monare, Wayne Sandilands, Kwanda Mngonyama, Abel Mabaso, and Elson Sithole are some of the other players from the Soweto side who will be leaving the team.

For the Orlando Pirates, JUSTICE CHABALALA was responsible for one of their goals. While playing for Orlando Pirates in all competitions, Chabalala appeared in 20 matches and scored one goal.

An update on Chabalala's situation was provided by the player's agent, Ratshibvumo Mulovhedzi. Chabalala has spent the majority of his time with the Soweto giants on loan with Chippa United, Bloemfontein Celtic, and Sekhukhune United.