By Best_deals (self media writer) | 7 months ago

"I noticed that my colleague on the other side appeared to be a little perplexed," says the Bafana Bafana coach.

Hugo Broos, the coach of Bafana Bafana, has stated that he noticed that Ghana's coach had also made a mistake with his permutations for the FIFA World Cup qualifier. 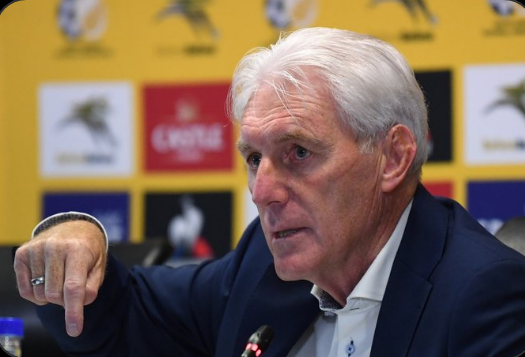 Broos -I noticed that the Ghanaian boss made a faulty calculation as well.

Hugo Broos, the coach of Bafana Bafana, has stated that he has also observed the Ghana coach to be confused about goal-difference rules ahead of the FIFA World Cup Qualifiers match.

Milovan Rajevac, the coach of the Black Stars, believes that his team must defeat Broos' men by a margin of at least two goals in order to advance to the next round.

The Belgian coach, on the other hand, has miscalculated, believing that Ghana will need to beat South Africa by three goals in order to overtake them in the Group G standings.

However, if the Black Stars defeat Bafana Bafana by a single goal or by any number of goals, Broos and his men's hopes of qualifying for Qatar could be dashed by the goal-difference rule. South Africa lead group G with 13 points, followed by Ghana with ten points.

"First and foremost, we are aware that tomorrow's game will be difficult," he told reporters in Ghana.

"After the game on Thursday, I noticed that my colleague on the other side was also a little perplexed about the outcome of tomorrow's game and who would advance to the next round." As a result, I completed my homework. And I'm well aware that a win for Ghana tomorrow will be sufficient to qualify for the World Cup in the following month.

"Thus, in order to avoid that, we are aware that we are up against a very strong team. If you look closely, you'll notice that all of those players are from Europe, and we don't have the same level of experience as they do."

Even if Bafana failed to qualify for the playoffs, Broos insisted that the team had put in a good performance during their qualifying campaign.

"So we've done a good job up to this point, and the pressure is off of us." If we do not qualify for the tournament tomorrow, it will undoubtedly be a disappointment for us, but it will be no more than that. We've had a very good race up until this point. We only suffered a two-point setback. As a result, it was our first game in Zimbabwe, where neither I nor the team had any prior knowledge of each other.

However, when you look at what we accomplished from that point forward, it is a very good and very good job," says the author. And I have no doubt that the team will be prepared for tomorrow's game. We didn't play particularly well on Thursday, which is a shame because we should have performed at our best. We could have scored a few more goals, and Ghana will have a more difficult time going forward.

When Bafana Bafana take on Ghana at Cape Coast Sports Stadium later today at 21:00 local time, it will be a do-or-die situation on the field.