Do You Remember This Wrestler? See What He Looks Like Now

It's hard to imagine our favorite wrestlers didn't always look like they do now, but check out these photographs of WWE performers before they became famous.

Every year, a large number of professional wrestlers enter WWE with the goal of achieving global notoriety. The organisation has been around for almost seven decades and has helped many aspiring pro wrestlers become the superstars they are today. The superstars, on the other hand, did not have an easy time making it to the world's top pro wrestling organization.

Before they got famous, they had to overcome numerous challenges. Even superstars from pro-wrestling families had to go through the same struggles as the rest of us before breaking through in WWE. 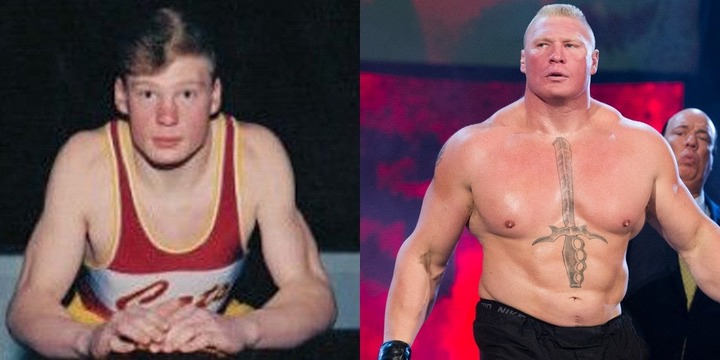 Brock Lesnar, the current WWE Champion, has proven that he was built for combat sports since his college days. Lesnar was a two-time NJCAA and NCAA All-American in amateur wrestling, with an overall record of 106–5 in four years in college. In 2000, he joined with WWE and competed in their developing region before being promoted to the main roster in 2002.

He became the second-youngest WWE Champion ever, as well as the second-youngest to win the title. He was also a former UFC Heavyweight Champion and had a successful MMA career. The Beast Incarnate continues to dominate the WWE scene, and he will very certainly walk into WrestleMania as champion for the third year in a row. 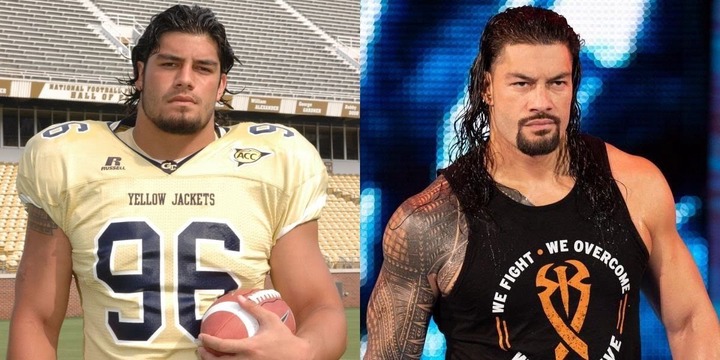 Roman Reigns was born into the famed Anoa'i family, therefore pro wrestling was in his blood. However, it was not his first choice for a career; he had hoped to play professional football. In 2007, he had brief off-season experiences with the Minnesota Vikings and Jacksonville Jaguars of the NFL after playing college football for Georgia Tech.

After stepping out of football, Reigns pursued a career in pro wrestling and joined the Shield in WWE in 2012. The rest, as they say, is history, as Reigns has become one of the company's faces and looks to have even more success in the future. 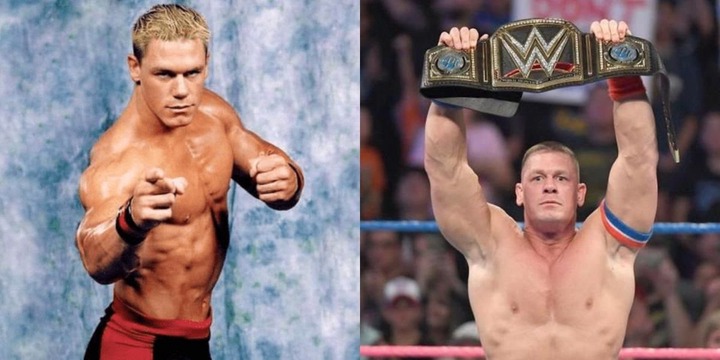 John Cena, a 16-time WWE Champion, has been the company's face for nearly a decade, spanning the Ruthless Aggression and PG Eras. He's been in the ring with some of the industry's legends and has been the main event at many WrestleManias. Cena began his career in bodybuilding before deciding to pursue a career in professional wrestling.

He began his training in 1999 and signed a deal with WWE in 2001 after only two years. Cena made his formal WWE debut in June 2002, and the rest, as they say, is history, as he went on to become one of the company's greatest superstars. 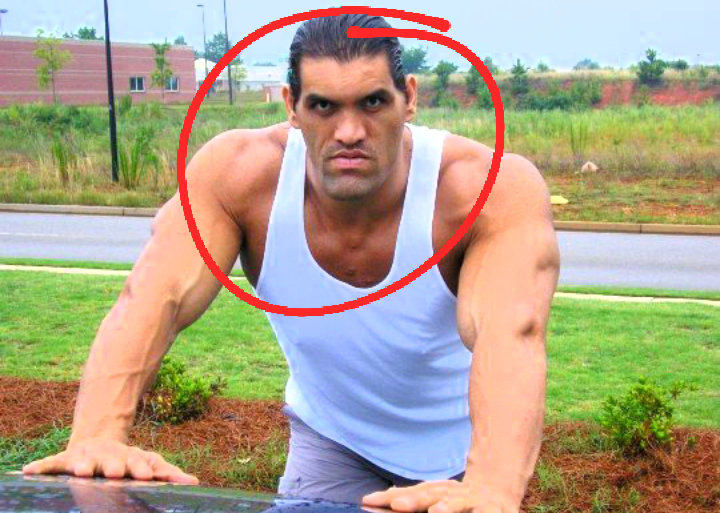