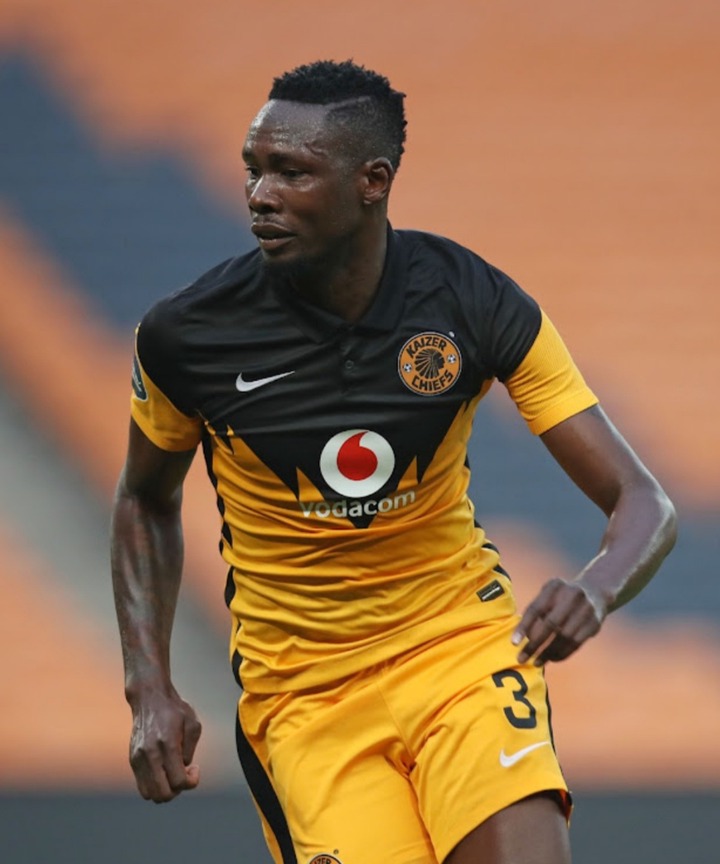 Kaizer Chiefs' disappointing night was summed up by their failure to register a single shot on target as they drew 0-0 with Cape Town City at Cape Town Stadium yesterday night.

Chiefs made a lot of changes from the team that lost to TS Galaxy in the Nedbank Cup first round on Sunday. Reeve Frosler, Ramahlwe Mphahlele, and Eric Mathoho replaced Siyabonga Ngezana, Siphosakhe Ntiya-Ntiya, and Nkosingiphile Ngcobo.

It's worth noting that the Chiefs' formation was unusual. Aside from the three central defenders (Austin Dube, Daniel Cardoso, and Mathoho), Amakhosi had a few starters who were in their usual roles.

Njabulo Blom, who has emerged as one of the country's most reliable right-backs in recent months, unexpectedly played as a central midfielder. Reeve Frosler, an ambipedal right-back, started at left-back. In a nutshell, the Chiefs lined up with three natural right-backs, with Mphahlele receiving the nod at this position.

The hosts, on the other hand, made only two changes from the starting eleven that lost 2-1 to Royal AM in another Nedbank Cup first-round clash over the weekend. Mogamat May and Jaeden Rhode replaced Khanyisa Mayo and Tashreeq Morris in the starting XI, who both scored against Royal.

Even when City was open, the Chiefs struggled to move the ball quickly at times. Instead of passing the ball to aggressive players like Khama Billiat and Keagan Dolly, Blom and Phathutshedzo Nange committed a number of mistakes. Because their midfield proved ineffectual, the Chiefs eventually replaced Nange with Kearyn Baccus.

Rhode, City's 18-year-old superstar who would be replaced by Keanu Cupido early in the second period, showed flashes of brilliance and was never afraid to take on Chiefs players, but his final decision-making was less remarkable. Cupido's arrival appeared to be aimed at bolstering City's defense in order to restrict Samir Nurkovic, given it came as the Serb was about to enter the action.