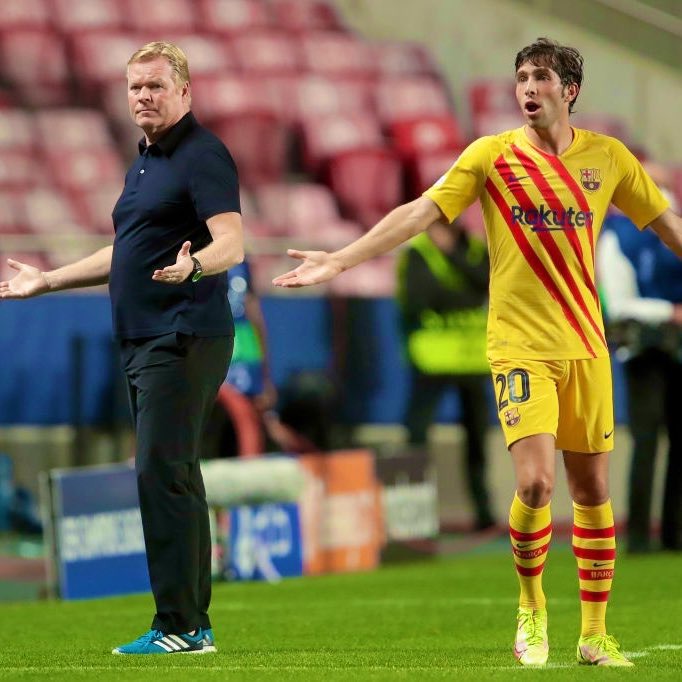 Barcelona are winless in their past five Champions League matches under Ronald Koeman. Having failed to register not even a single short on target in their last 2 Champions League Outings, which is below standard considering Barcelona's reputation. 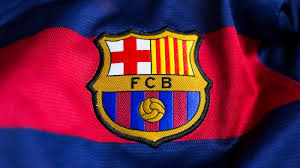 No other manager at the club has ever overseen such a drought.

Ronald Koeman’s future doesn’t look good after this terrible performance. Crucial hours/days ahead. Xavi and Roberto Martinez both in Barça board list for days. However, his players seem to be fully behind him as Frenkie De Jong had this this to say about the gaffer: "In my opinion the solution is not to change the coach”. 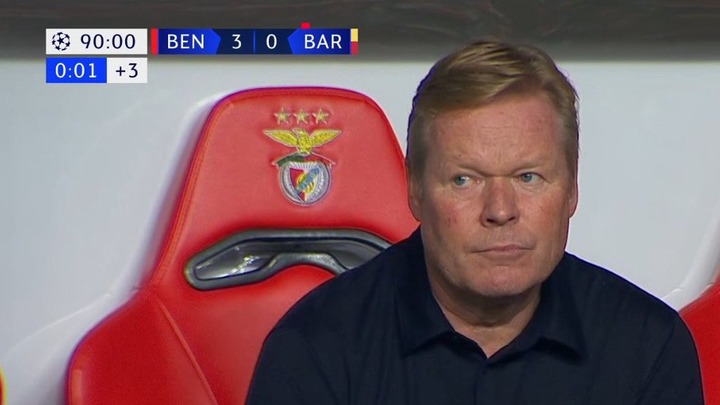 Things have gone from bad to worse in Barcelona's life post Messi, with their last Champions League goal having been scored by 'The Messiah', The G.O.A.T. They look like a shadow of that deadly team they used to be, with some calling them the 'New Arsenal'. They were completely out of tune last night as they were spanked by three goals to none (3:0) by an underrated Benefica side. Goalless, pointless and hopeless, tough times indeed. How the mighty have fallen.

Barcelona will look to bounce back and get back their confidence in their next La Liga outing when they travel to the Wanda Metropolitana. They will be up against two deadly strikers(Suarez and Griezmann) whom they know much of, seeing that they were last in theri books but somehow deemed surplus of requirements. This will be an interesting match.

Champions League: Will the 'new Sheriff in town' continue to rule against Inter?