Photos of Phakamani Mahlambi surfaced on the internet earlier today and he seem to be in bad shape he has gained a lot of kilos, Phaks was one of the players who were touted to be next big players in South Africa.

When Mahlambi burst into the scene at Wits the were most expectations from the player until he moved to Egyptian giants Al Ahly in a I could say was not a successful one as he didn't get game time.

His stay was cut short there when Sundowns paid a huge sum to bring him back to South Africa but Mahlambi was no longer the same he had changed and that led to him being benched by Pitso Mosimane.

He was once arrested for drunk driving and Hlompho Kekana even publicly said that Mahlambi lacks descipline but that didn't stop Mahlambi from coming to training smelling alcohol.

Pitso Mosimane who was Sundowns coach at the time sideline Mahlambi and put him through disciplinary hearings but still Phaks didn't change at all.

Last season he was loned to Amazulu but still he didn't get game time and it seemed like he was not even impressing coaches in training and he was still not discipline.

Amazulu coach Benni McCarthy went and said he won't play Mahlambi unless he changes his attitude and shows effort and hunger in training the season ended without Phaks getting minutes on the field.

During the close season Phakamani Mahlambi was announced as a Chippa United player Gavin Hunt said he want to revive the player's career by giving him a chance to play the has faith that he still can become the player he was at Wits.

Today pictures of an out of shape and fat Phakamani Mahlambi surfaced on the internet (You can check them below) although he was at training but a professional footballer should always take care of his body. 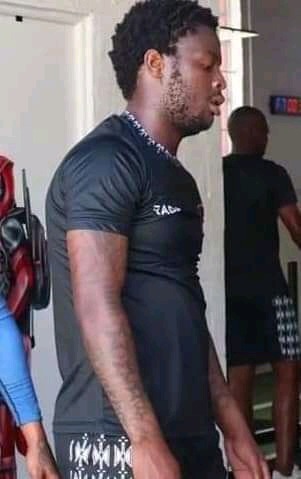