By TMvalienews (self media writer) | 4 months ago

Barcelona's troublesome season continued on Thursday with a 0-0 draw at the Nuevo Mirandilla against Cadiz. Ronald Koeman, who was under pressure, was sent out for dissent near the end of the dreary draw, leaving Barcelona with ten men after Frenkie de Jong was also sent off. 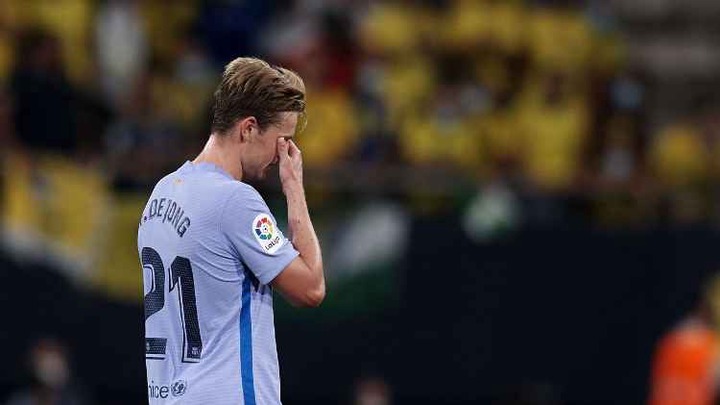 After a shaky start to the season, Koeman came into the game under fire, with Barca president Joan Laporta stressing on Thursday that he supported the Dutch coach but that results needed to improve or action would be taken. However, following another poor night, further questions about Koeman's future will be raised.

Unfortunately for Koeman and Barca, despite dominating possession, the Catalans were unable to create any meaningful chances in the first half, and went into the dressing room with a goalless draw.

Just after the break, Barca goalkeeper Marc-Andre ter Stegen was forced into action, leaping high and to his right to deflect a deft outside-of-the-foot drive from Alvaro Negredo.

Memphis Depay had a fantastic chance saved by Jeremias Ledesma of Cadiz shortly after, his well-struck left-footed shot being blocked by the goalkeeper as it was heading for the back of the net.

Sergi Roberto, who replaced Yusuf Demir at halftime, offered a rallying cry to his teammates after the game, insisting that Barca were capable of challenging for the title. 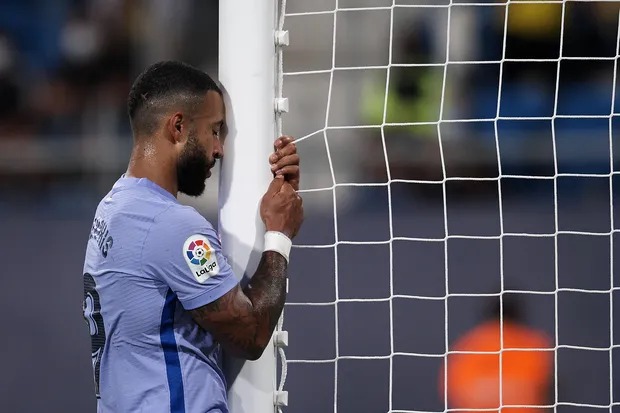 "We have to strive to win LaLiga here. This notion that finishing in the top four is acceptable does not resonate with me "Roberto remarked.

"We have to compete for the league." The squad is excellent, and if we have some injuries, it is no excuse.

"We have a group capable of challenging for the LaLiga title, and I don't believe any other team has a better squad than us."

After being sent in by Gerard Pique with no one to beat but the keeper, Memphis made a poor miss in second-half stoppage time, shooting wide of the far post.

In the dying minutes, Koeman was sent out for dissent and received a straight red card.

"I only told the fourth official that there were two balls on the pitch," Koeman explained. "In this country, they send you you for nothing." I questioned the referee calmly, but let's leave it at that because it isn't my problem."

Barcelona, who drew 1-1 with Granada on Monday thanks to an injury-time equalizer from Ronald Araujo, are seventh in LaLiga with nine points, despite having a game in hand on most of the teams above them.