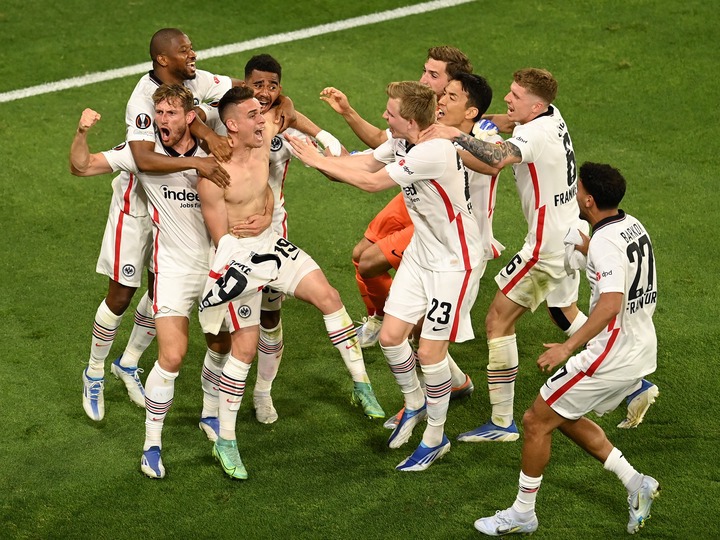 UEFA, the group in charge of football in Europe, has praised Eintracht Frankfurt, the new Europa League champions, after they beat Van Bronckhorst's Glasgow Rangers team and won yesterday's final at the Estadio Ramon Sanchez Pizjuan.

On their way to the final, the Bundesliga team from Germany was amazing. They had a great run of form that made their victory in a penalty shootout well-deserved. 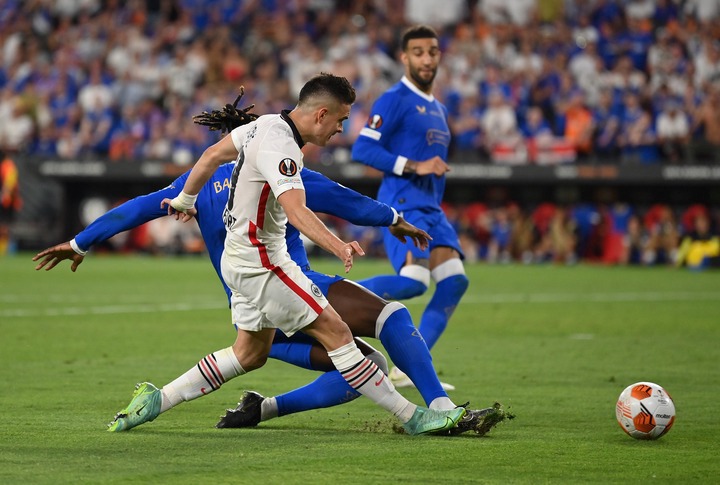 At halftime, there was no difference between the two teams, so the game ended in a draw. In the second half, Joe Aribo gave his team the lead, but Rafael Borre scored an equalizer to make it a draw again.

With their win last night, Eintracht Frankfurt became the first Bundesliga team from Germany to win the UEFA Cup/Europa League since 1997. It was also their first major European title in 42 years. 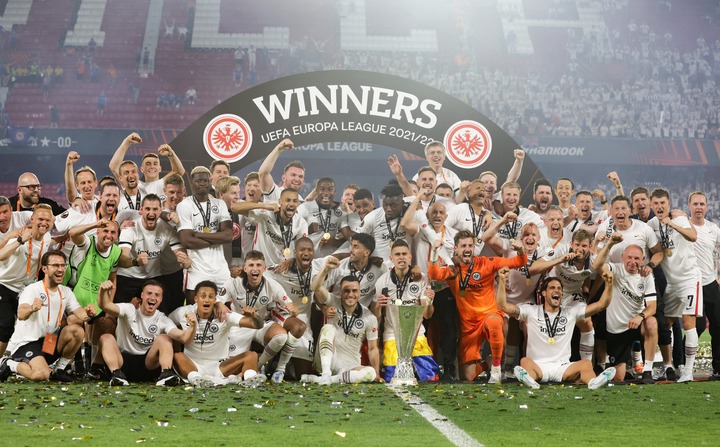 Even though they played teams like Barcelona and West Ham United, they didn't lose in the competition this season. They kept up the pace in the final against Glasgow Rangers, which made them only the third team to win the competition without losing a game.

UEFA responded to this amazing feat with a post on their verified Twitter account. The caption said that Eintracht Frankfurt won the Europa League with a perfect record, just like Chelsea did in 2018/19 and Villarreal did last season. A clap emoji was added to praise them for a job well done.

Eintracht Frankfurt's win in the competition, which was their first in 42 years, was well-earned and a big deal.