By News_Flash_Gordon (self media writer) | 23 days ago 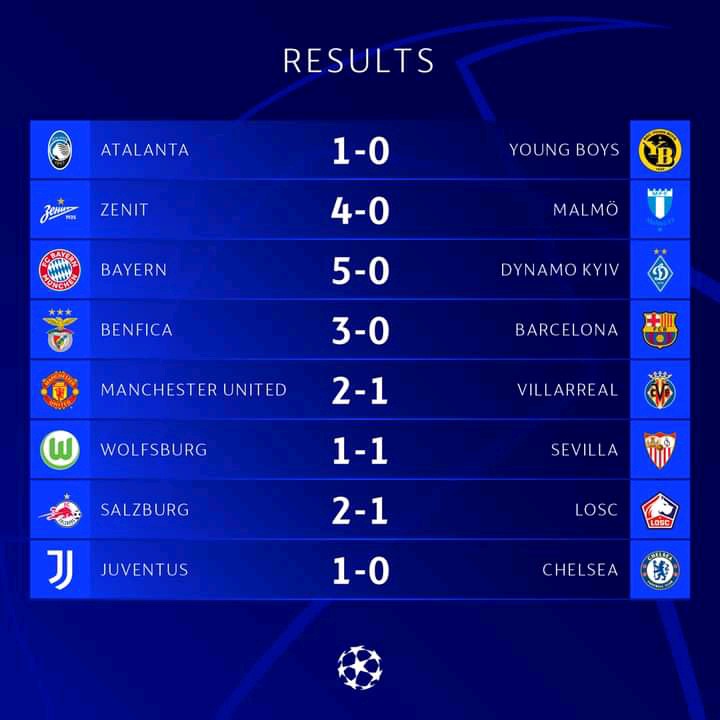 Bayern hammered Dynamo Kyiv at the Allianz Arena in the late kickoff and it was worth it for the football fans that tuned in or attended the UEFA match. Cristiano Ronaldo pulled one out of the bag and made sure that Men United beat Villarreal at Old Trafford after slotting in a last-minute goal. The battle of the giants kicked off in Turin when Juventus sneaked a narrow win against Chelsea. FC Barcelona become a laughing stock after they lost heavily to Benfica in Portugal and many Barça fans might start to think about the Messi effect that is no longer with the club. Young Boys were taught a lesson by the sleeping giant from Italy, Atalanta came out victorious. 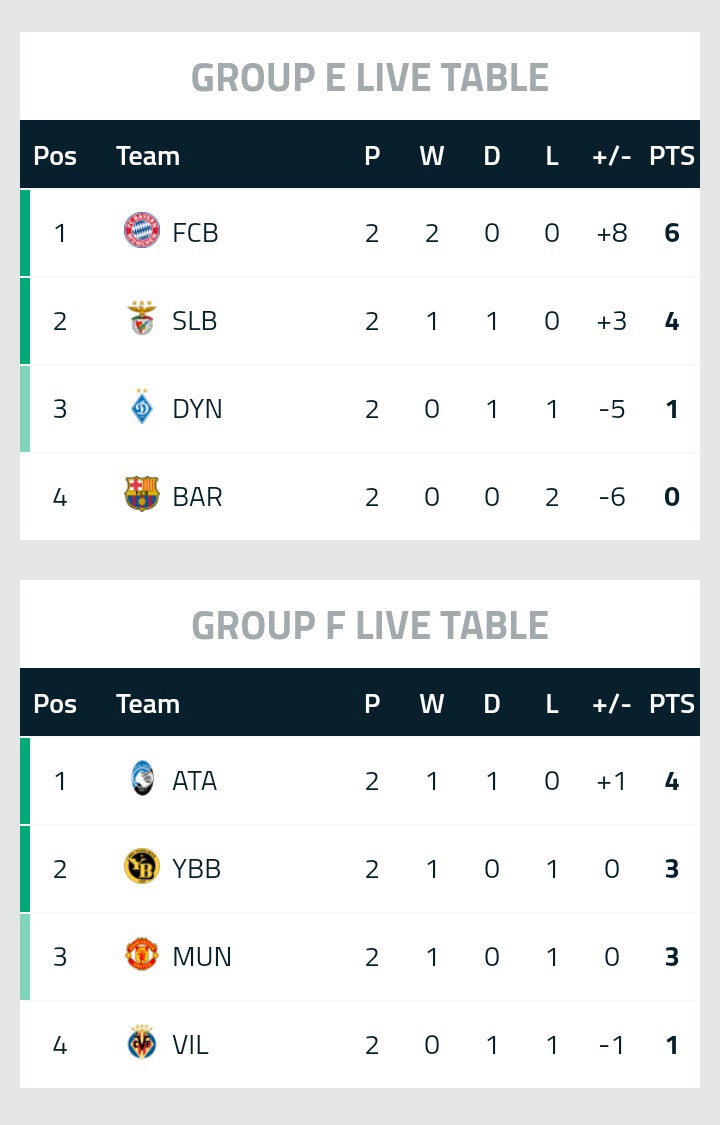 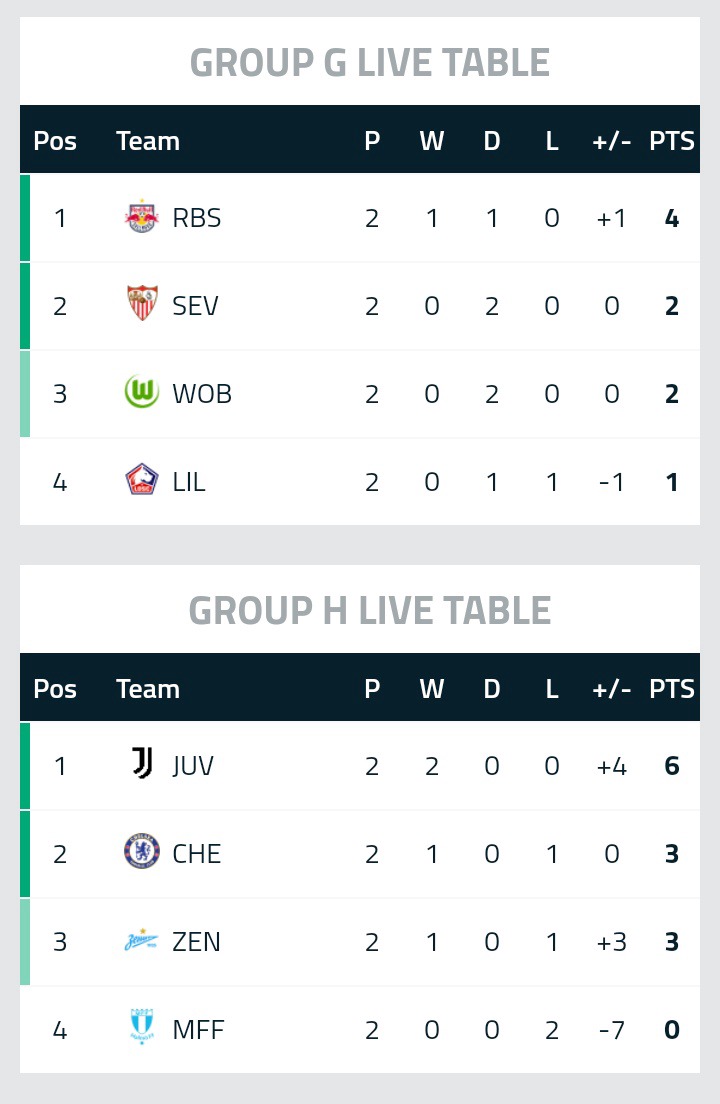 Bayern Munich is leading group E with 6 points from 2 games and maintaining a 100% winning streak in their group. FC Barcelona is sitting in a surprising position in Group E, they are last with no points from two games. Atalanta is leading Group F with 4 points, a group containing the likes of Men United, Villarreal, and Young Boys. Red Bull Salzburg is leading Group G with 4 points. Juventus maintain a leading position in Group H with 6 points followed by the reigning UEFA Champions League champions Chelsea. 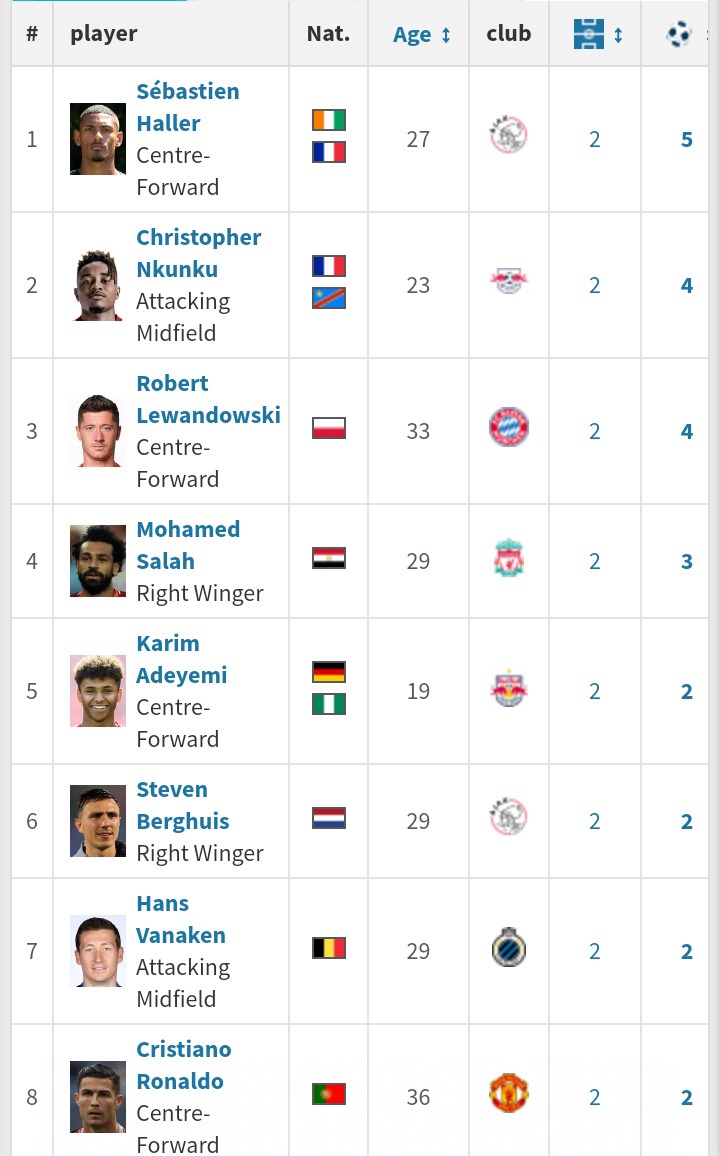