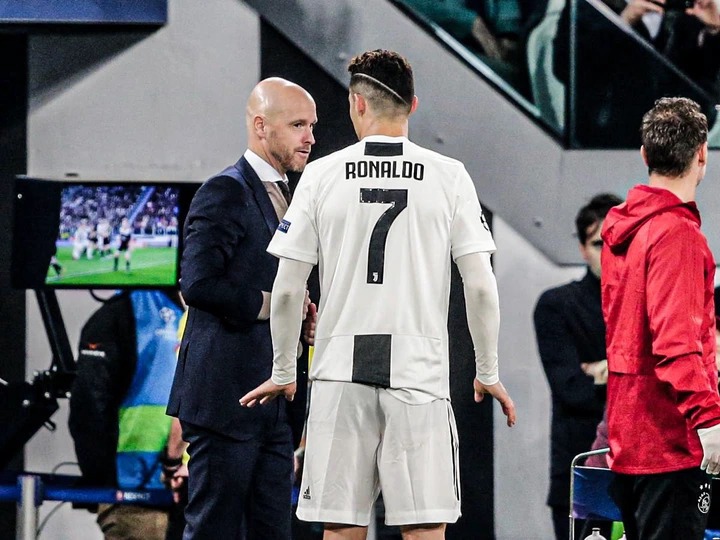 After getting out of his contract with Ajax earlier than planned, Erik Ten Hag is set to start his new job as manager of Manchester United today. The last job Ten Hag had was as the manager of Ajax.

The 52-year-old strategist has led Ajax to three straight titles in the Eredivise, and he will take over at Old Trafford at the start of the next season.

In an interview with the Telegraph, Ten Hag said that he wants to work with Cristiano Ronaldo, one of Portugal's best players, when he is in charge of the team. Ten Hag says that Ronaldo's great stats this season show that he is one of the best players in the world.

"Ronaldo is a giant because of what he has done so far, and I think he still wants to do a lot." I don't have any doubt that I want to keep him. He has been very important to Manchester United this year and is able to put up impressive numbers. The Telegraph wrote about what Ten Hag told them.

On the other hand, Cristiano had shown interest in working with Ten Hag and had praised the things he had done at Ajax in the past.