The great mighty Barcelona has fallen.

By Wilson's-World (self media writer) | 18 days ago

What a game, what a surprise. The question is what is happening with the big clubs in this year's champions league. First Real Madrid and now Barcelona, what's wrong, who is to blame. It's not always easy to see such big clubs not winning their games. It's something which is not common to most viewers. Such clubs are seen as God's as they hold the best players in their respective leagues. Barcelona had a great game this past weekend in Laliga, most thought that they would take the momentum to the UEFA champions league. So we were all wrong. 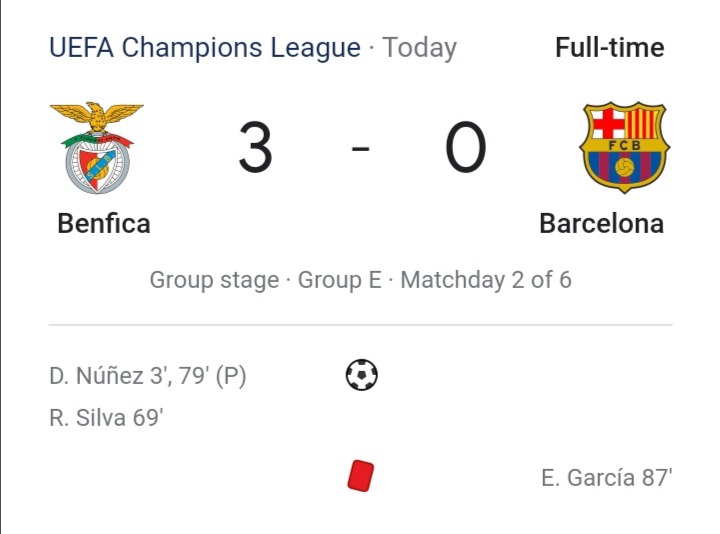 What a game for Benfica, what a year for the under dogs. We did not see it, I did not see it. If I had to put my money before the game it would go to Barcelona. Meaning I would have lost my bet too. In the first half Barcelona tryed to play their usual game but it was not enough. For in the 3rd minutes Benfica where awarded a penalty which was taken by D. Nunez. 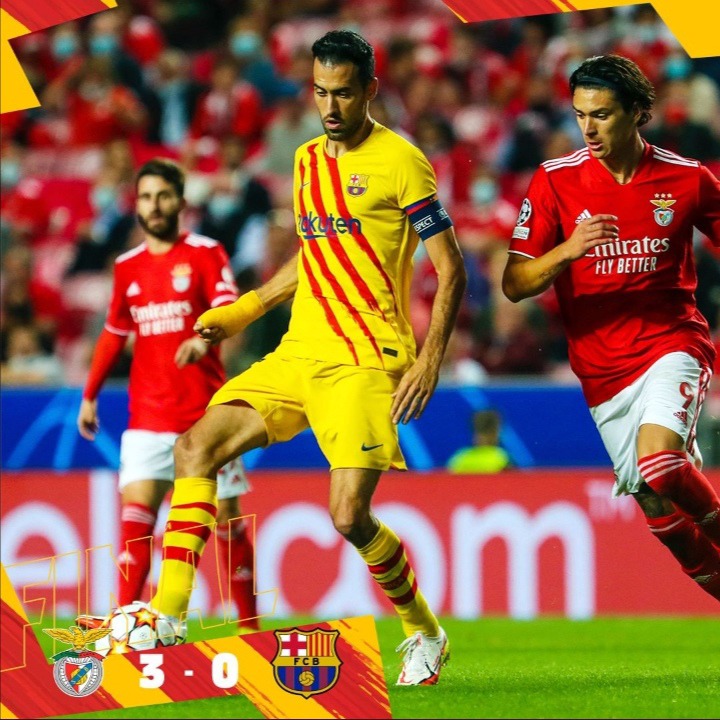 Barcelona tried to cook something but to nothing. First half ended with Benfica leading Barcelona. In the second half it was like a repeat of the first half. R. Silva in the 69 minutes scored the second goal. And in the 79th minutes Benfica won another penalty which was taken by D. Nunez which was the third goal. Barcelona did not score a goal but they won a Red card to end the game, it was gaven to E. Garcia. 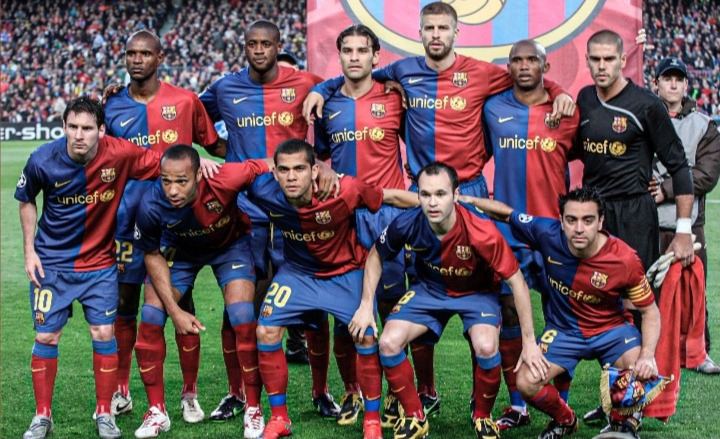 How the mighty have fallen, the past picture of the Barcelona Greats not to be seen again. Legends in their own way.