Tammy Abraham Becomes The Saviour For As Roma Qualification In Europa League.

By Jboynews1 (self media writer) | 3 months ago 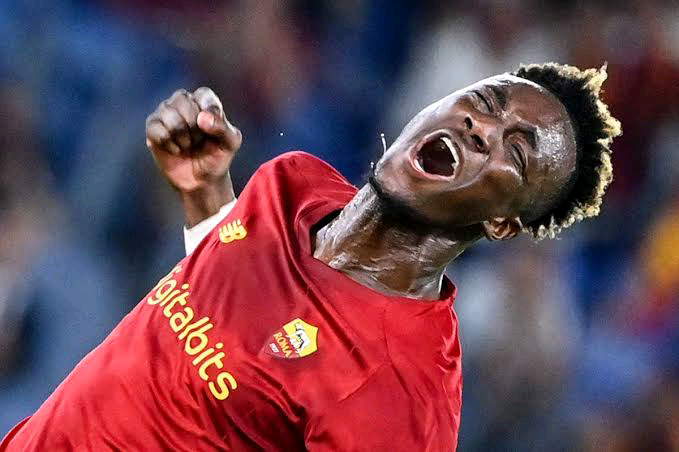 Ex-Chelsea striker Tammy Abraham is still having a great season and making As Roma fans very happy. He helped them get into the Europa League against Vitesse. It was hard for Roma to win their second match. Roma won their first match one-nil. The other team looked smarter than them because they played good soccer, had more possession, and made more chances.

It paid off when they scored their first goal in the 62nd minute. They became more dangerous. Roma, on the other hand, had to step up their game because they changed their game plan. At the end, they were more stubborn, and they kept going until the 90th minute! To say that the game looked like it was going to go into extra time: Tammy Abraham broke through the defense and scored a goal that looked very good. So, they made it to the last eight of the Europa League.

After moving from Chelsea to Roma, Tammy Abraham has become an amazing player. He is now the team's top scorer in both the Seria A and the Europa League, so he is now the best player in both. In addition, the former Chelsea striker has also made his name and value more valuable at the club. If he keeps going this way, he will be a very expensive striker in the next few transfer windows.

Content created and supplied by: Jboynews1 (via Opera News )