By Ntshuxekochuchuchabalala (self media writer) | 1 month ago 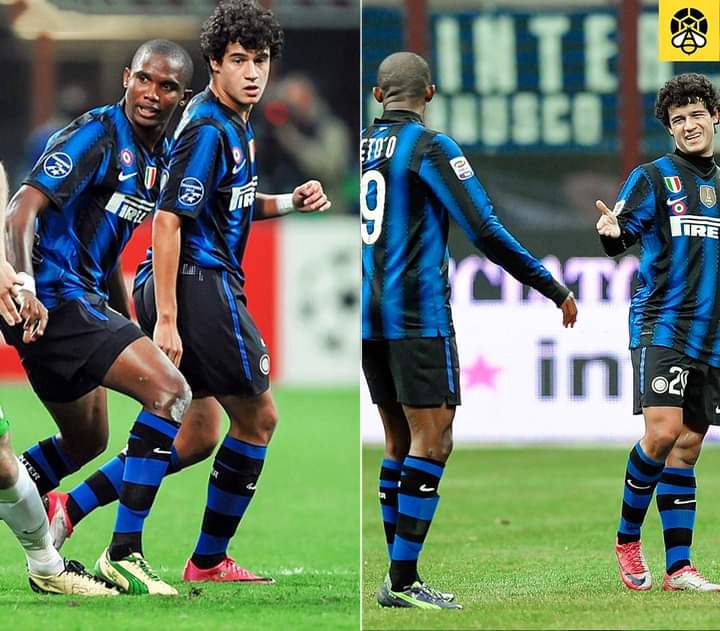 Coutinho :" Samuel Eto'o played like a South American or like a Brazilian. He plays a lot. Very smart man. But I think He never got a lot of attention looking at his individual accolades are not enough for a man of such talent, maybe in Africa he won a lot because it's his home. But am not satisfied how he did not win at least a Uefa best player that was even won by Vigil Van Dijk who only won champions league once compared to a man who won it three times "

FIFA and UEFA have to review their award systems. I wonder why players like Andrea Pirlo, Xavi Hernandez, Andrea Iniesta, Arjen Robben, and many others never won FIFA and UEFA prestigious awards.

I don't think Coutinho is right to put VVD on his argument about Samuel Eto'o not winning the individual award. Eto's career in different seasons. It's just like understating the contributions of others. VVD brought Liverpool back to back UCL finals and won one of them. Of course he knows how difficult it is to get there, especially when he plays for Liverpool. About Eto, of course I agree, but that era was a crazy dynamic of football.

He was not robbed of anything. If you really followed Barcelona during that era, you'd see that Ronaldinho was the peak of football, ever. He took a Barcelona that was on 14th place in the league (yes, there were much worse times than today) and they rose to win everything over and over. In the same spirit as this comment, you could say that Rudovic Giuly was underrated, but he wasn't. Ronaldinho made others look amazing.

Content created and supplied by: Ntshuxekochuchuchabalala (via Opera News )

'I didn't leave Jub Jub because he cheated. I left him because he tried to kill me', Amanda revealed

I Had An Abortion And He Tried To Kill Me: Amanda du Pont On Jub.

In shock: Other women comes forward including Masechaba Ndlovu, could this be the end of Jubjub?

" I was raped and physically abused by JubJub " Amanda Du-Pont

Ladies stop praying for a man, just text him a message and watch God do the rest (Solomon Ashoms)

The guy who got mocked for wearing fake sneakers gets a special surprise, see here

"If your parents waited for money, you wouldn't be here " couple fight over a 'BABY' Topic