Things were looking great for Bongani Zungu with a move to Rangers in Scotland after he time spent in the French League 1.

Zungu was even included in the UEFA Europa League squad that head coach Steven Gerrard formed. It appears Zungu has gotten too comfortable in his new team and has landed in hot water. 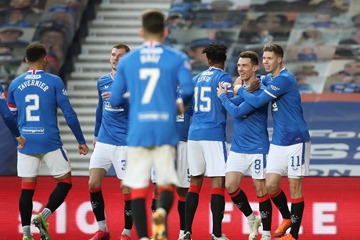 Gerrard confirmed that the Bafana Bafana international was among the group of players who had been removed from the squad and told to self-isolate after breaching Scotland's Covid-19 rules.

"First and foremost, we have to acknowledge that five of our players have been involved in a breach of the Covid regulations," the former England international told Rangers TV. "Which, from the top of the club to the bottom, we're all really disappointed in.

"That will be dealt with internally, the players will be fined, and we are in dialogue with the SFA [Scottish Football Association] and the Government moving forward to find the solution in terms of those boys.

Get the best odds on the Scottish League here: https://j.mp/3aoyqGw

"It won't affect us as a group, I've been absolutely delighted with the group in terms of their application, I feel personally let down by recent events but I'm trying to move forward and focus on the important thing which is preparing for a huge game against Antwerp."

"They've been removed from the club and the squad for now on a short-term basis while they isolate, and I'll be sitting down with those boys face to face once we're allowed to do so. We'll certainly move forward from it, we're at a critical stage in terms of the games coming up and where we are as a club.

"Bongani Zungu is involved, Nathan Patterson, Calvin Bassey, Dapo [Mebude] who is part of the academy and is on loan at Queen of the South at the moment, and a young goalie who is in the academy but has spent some time in the first team at the moment, Brian Kinnear."

Without further elaboration on what the players did but it seems they will spend a lengthy time on the side-lines after previous punishments enforced by the league.

A Cop, Teacher & Post Office Worker Were Arrested By The Hawks For R10m SASSA Fraud

Nkosazana Dlamini-Zuma and Lindiwe Sisulu set to join and campaign for ANC presidency together.

SADTU is becoming political instead of advancing issues of teachers